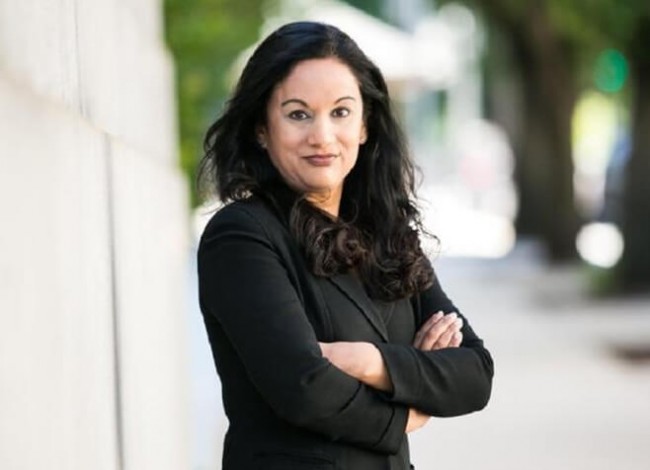 Washington, Jan 20 (IANS) Indian American Manisha Singh, a lawyer and Congressional staffer, has been sworn in as the Assistant Secretary of State for economic and business affairs in the Trump administration. She is the first woman appointed to the post.

Singh was sworn in by Secretary of State Rex Tillerson on Friday. She will be responsible for advancing American prosperity, entrepreneurship and innovation worldwide.

“We are excited to promote America’s growth and secure our future under her leadership!” the US State Department’s Economic & Business Affairs Bureau tweeted after her swearing-in ceremony.

Born in India, Singh was the chief lawyer and policy adviser to Republican Senator Dan Sullivan.

She had earlier done a stint as an Deputy Assistant Secretary of State in the economic bureau in President George W. Bush’s administration.

During that stint she handled intellectual property issues, relations with the World Trade Organization, and trade.

Her political career began as an staffer on the Senate Foreign Relations Committee.

Before that she was a lawyer, she was in the international law practice of a law firm.