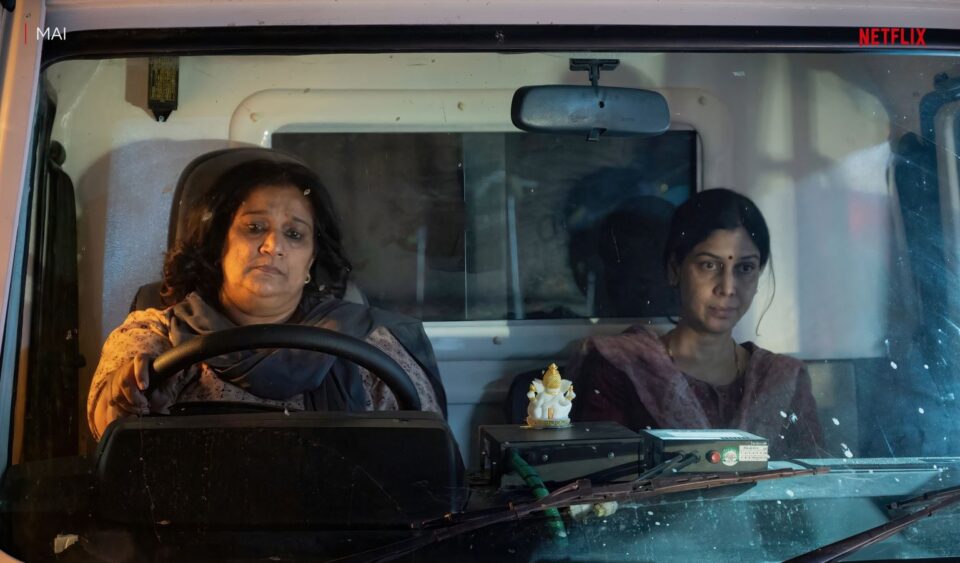 This six-episode series has a familiar premise. It is a whodunit where a mother unravels the truth of her daughter’s death.

The prologue of this series unfurls on a shaky note showcasing how Sheel, a doctor working at Geeta Bhawan – an old age home, witnesses a freak accident wherein a hit-and-run case a truck mows down her mute daughter Supriya. During the post-funeral ceremonies, she stumbles upon the fact that her daughter’s death was not an accident but a case of murder.

A stoic woman by nature, Sheel is a vision of pragmatism at the start of the series. But on realising that her daughter’s death was not an accident but a case of murder, she is hell-bent on learning the truth.

She makes it her mission to find out who killed her daughter and why. She questions all and sundry, tails key figures around town, and follows hurriedly-offered leads. At every corner, she encounters a twist that gradually sucks her into the complex web of her existence.

This is not a tale of revenge but a tale of a curious mother. If curiosity killed the cat, then the docile Dr Sheel would certainly, have been dead long ago. Instead, her curiosity sucks her into the rabbit hole of violence and power. She finds herself entangled with white-collar crime and politics, invariably bringing the suspects of her daughter’s death in harm’s way, and this is what keeps the narrative rolling.

By the second episode, the narrative takes a sinister turn. And you are glued to the screen for good. The plot turns gory over time and has sporadic and tensely thrilling moments of violence that thunder powerfully.

Sakshi Tanwar, in an author-backed role, seems to be delivering her chops at two levels. She oscillates from a docile, lost to the world woman in agony to a determined mother who would move heaven and earth to find her daughter’s murderer. Her piercing cry is heart-wrenching and has the intensity of a wounded lioness’ roar who has lost her cub.

Vivek Mushran, on the other hand, as her supportive but timid husband Yash Pal Chaudhary walks in her shadow. He plays the insignificant man in the family with apt precision.

Seema Pahwa is underutilised in a minuscule and unimportant role as a nurse who helps Sheel in her endeavour.

Overall, as you follow Sheel’s ever-darker path towards the truth you realize that there is a lot more to it than meets the eye.