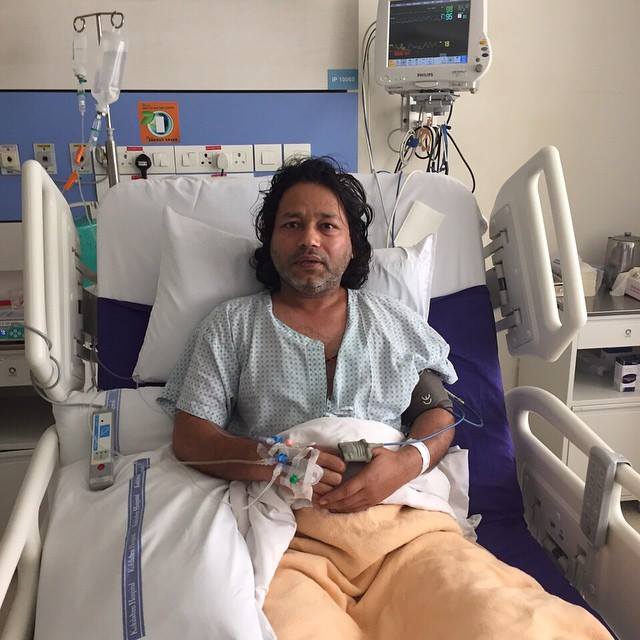 Mumbai, May 23 (IANS) Singer Kailash Kher has been admitted to a hospital here, he said on his social media account on Saturday. He says he had been ignoring his health, and ultimately, had to cancel a show in Gujarat.

The “Teri deewani” singer took to social networking website to share that he was admitted to the Kokilaben Hospital.

“Ignoring of health, preference to commitment only takes You to places, nobody ever wish to go to. First time in Kokilaben Hospital, Mumbai. New York se aate hi hospital me Bharti Hona padaa (Got admitted in the hospital just after coming back from New York,” the 41-year-old singer shared.

Kher also shared a photograph in which he was seen lying on the hospital bed.

The singer feels that he has learnt a lesson by ignoring his health.

“First time public show in Bharuch Gujrat had to be cancelled In the history of #?Kailasa… Big lesson learnt, never take your health lightly even though if you have dinner with Obama or receiving Nobel.. Body takes revenge silently untimely May God keep my world healthy happy for ever,” he posted.