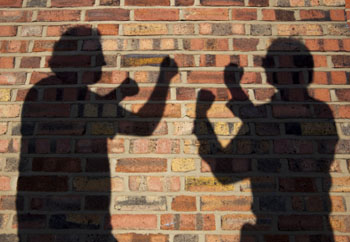 Pittsburgh (US), Nov 24 (IANS) An Indian man was assaulted at a restaurant’s bar in the South Hills Village in Pittsburgh because he was mistaken as a Muslim, media reports said.

The police arrived at the Red Robin Restaurant, where Anukur Mehta, directed it to the suspect, Jeffrey Burgess, Wtae-TV reported.

Mehta told the police that Burgess was seated next to him at the bar and began making racial and ethnic slurs. He told Mehta that “things are different now” and “I don’t want you sitting next to me. You people”, according to the report.

The police said that when 54-year-old Burgess spoke he was staggering and smelled of alcohol. “He launched an unprovoked attack on the victim as he was seated at the bar, beat him physically,” Bethel Park police Chief Timothy O’Connor said.

Witnesses told the police that Burgess grabbed Mehta by the head and punched him. They also added that Mehta was defenseless and unaware of Burgess’ impending attack. Burgess struck him in the face with his elbow multiple times, said the report.

Mehta was taken to a local hospital with a loose tooth and a cut to his upper lip. Burgess was arrested for ethnic intimidation, assault, public drunkenness and harassment.

The Council on American-Islamic Relations (CAIR), the nation’s largest Muslim civil rights and advocacy group, condemned the attack, saying it’s the “latest in spike in anti-Muslim hate crimes since the November 8 elections”.