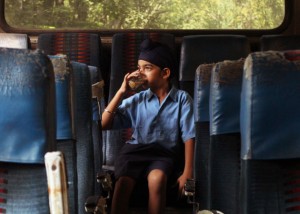 Los Angeles, Nov 23 (IANS) Indian film “Kush” by director Shubhashish Bhutiani has made its way to a list of 10 live action short films which will advance in the voting process for the 86th Academy Awards.

Short Films and Feature Animation Branch members will now select three to five nominees from among the 10 titles on the shortlist.

“Kush” is one in 120 films which were originally qualified for the category from around the world, read a statement on the official website of the Academy of Motion Picture Arts and Sciences.

The Red Carpet Moving Pictures’s project, set during the 1984 anti-Sikh riots, is about a teacher travelling back from a field trip with her class of 10-year-old students. It traces her struggle to protect Kush, the only Sikh student in the class, from the growing violence around them.

The film had won an award at the 70th Venice International Film Festival.

The Short Films and Feature Animation Branch Reviewing Committee viewed all the eligible entries for the preliminary round of voting at screenings held in Los Angeles.

Branch screenings will be held in Los Angeles, New York and San Francisco in December.

The 86th Academy Awards nominations will be announced live Jan 16, 2014, in the Academy’s Samuel Goldwyn Theater.