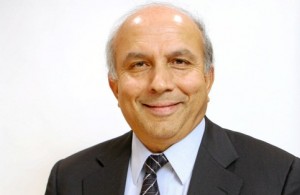 Washington, Nov 4 (IANS) With Hyderabad-born IITian Prem Watsa coming to its rescue, BlackBerry has abandoned its plan to sell the company after getting an investment of $1 billion from majority shareholder Fairfax Financial and some institutional investors.

In an announcement in Waterloo, Ontario, Monday, the Canadian smartphone company said on completion of the transaction, Watsa, 61, chairman and CEO of Toronto-based Fairfax, will be appointed Lead Director.

Watsa, who has been variously described as “Canada’s Warren Buffett”, and “billionaire king of lost causes”, will also serve as chair of the compensation, nomination and governance committee.

Thorsten Heins is stepping down as chief executive officer.

John S. Chen, former CEO of Sybase and Siemens, will serve as interim CEO, said the company. He was also appointed executive chair of BlackBerry’s board of directors.

Under the deal, Fairfax and other institutional investors will invest in BlackBerry through a $1 billion private placement of convertible debentures with Fairfax acquiring 250 million principal amount of the debentures.

The transaction is expected to be completed in the next two weeks.

“Fairfax is a long-time supporter, investor and partner to BlackBerry and, with this investment, reinforces its deep commitment to the future success of this company,” said Watsa.

“I look forward to rejoining the BlackBerry Board and to working with the other directors and management team, under John Chen’s leadership, to shape the next stage of BlackBerry’s strategy and growth,” he added.

Watsa has been chairman and CEO of Fairfax, “a financial services holding company whose corporate objective is to achieve a high rate of return on invested capital and build long-term shareholder value”, since 1985.

He is also vice president of Hamblin Watsa Investment Counsel Ltd since 1985.

Hyderabad-born Watsa completed his bachelor’s degree in chemical engineering from the Indian Institute of Technology, Madras, in 1971.

He joined BlackBerry’s board in early 2012 when Fairfax moved to become the Waterloo firm’s biggest shareholder, joining the board to help implement a turnaround plan. He resigned in mid-August as Fairfax was circling in with a bid to take BlackBerry private.