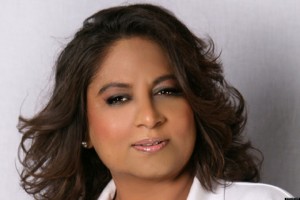 Kolkata, Aug 13 (IANS) An Indian-born American researcher plans to introduce her pioneering range of speedy wound-healing products in the country to benefit the poor.

Molecular biologist Chanda Zaveri ran away from Kolkata 30 years ago to escape an arranged marriage and became a top scientist after training under two-time Nobel prize winner Linus Pauling.

She was the first to use peptide (short strings of biological molecules) in skin care products and eventually formed her own companies Actiogen and Skin Healix.

“The product, an ointment, can heal non-healing wounds with minimal scarring. It can be applied topically to chronic ulcerative wounds like bed sores etc. and diabetic wounds as well.

“Since it is cheaper than other conventional drugs, I hope it can benefit the poor and let them lead a dignified life,” Zaveri told reporters here Wednesday at a lecture on wound management at the Peerless Hospital.

She will act as a consultant for the hospital’s proposed wound wellness clinic.

“After the animal trials are completed, we will go for human trials in about three months. We want to test it on diabetic patients too,” she said.

Zaveri will also distribute 20,000 tubes of the ointment among the underprivileged sections here.

The secret to the wound-healing formula is a peptide (ACT-1) composed of a series of 28 building blocks or amino acids. Zaveri claims her find can heal wounds faster, is easy-to-use and also has no side effects.

“It took me 20 years to find the 28 amino acid long peptide. It is in the first stage of clinical trials in the US. It hasn’t got the approval of the US Food and Drug Administration yet.

“It does angiogenesis (forms new blood vessels) at the wound site and we have not found any residues in the stomach or blood circulation,” she explained, adding it was meant for application on clean wounds.

According to Anjan Adhikari of R.G. Kar’s department of pharmacology, who is heading the mice studies, the results so far are “promising”.

“We have been doing the trials for three months and the results are promising. However, once the trials are complete, we will have to get regulatory permission and then we can go ahead with human trials,” Adhikari told IANS.