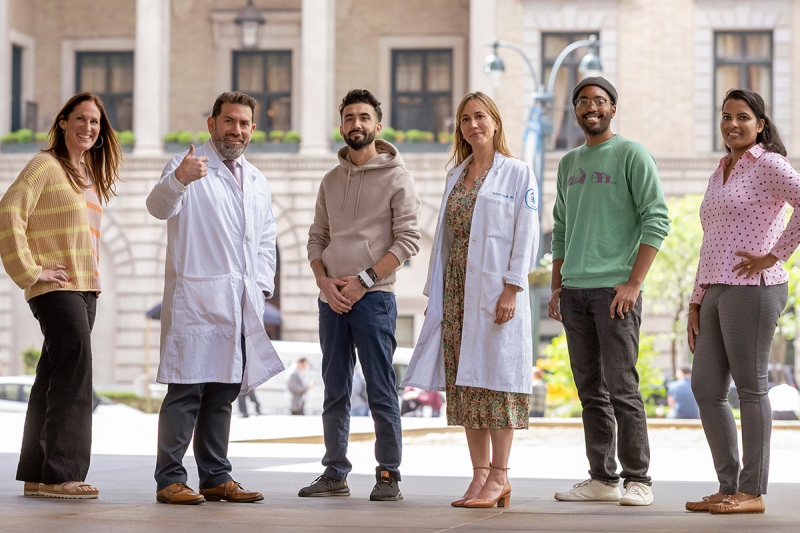 New York, June 8 (IANS) An Indian origin patient was among those who had a “miracle” cure using a cancer medication that is being tried out by a research centre here achieving an unprecedented healing rate when all 14 patients in the trial had their cancers disappear.

“It’s a miracle”, Nisha Varughese said about the immunotherapy drug’s efficacy in curing her.

In the trial at the Memorial Sloan Kettering (MSK) Cancer Center in New York using dostarlimab, “the rectal cancer disappeared after immunotherapy — without the need for the standard treatments of radiation, surgery, or chemotherapy — and the cancer has not returned in any of the patients, who have been cancer-free for up to two years,” the MSK said.

According to researchers, this was the first time that all the patients in a cancer trial were completely healed with a medication and they did not have serious side effects.

The results of the trial were disclosed over the weekend in the New England Journal of Medicine and at a meeting of the American Society of Clinical Oncology.

An editorial in the Journal called it “an early glimpse of a revolutionary treatment shift”.

MSK explained that “immunotherapy harnesses the body’s own immune system as an ally against cancer”.

It said, “The Immune cells contain a safeguard called a checkpoint, to prevent them from attacking normal cells. Cancer cells can trip this safeguard and shut down immune cells, allowing a tumour to hide and grow.”

Immunotherapy uses what is called a “checkpoint inhibitor” that frees immune cells to recognise and attack cancer cells.

Varughese recalled discovering she was completely cancer-free: “That day I didn’t see the tumour. So, I was thinking, where is the tumour? Then, maybe I thought it’s hiding somewhere inside. Doctor told me, there is no more tumour. It’s a miracle.”

Andrea Cercek, a cancer specialist who ran the trial, said, “The immunotherapy shrank the tumours much faster than I expected.”

Luis Diaz, who was the other researcher running the trial and is a member of the White House National Cancer Advisory Board, said, “It’s really exciting. I think this is a great step forward for patients.”

Usually, rectal cancer is treated with chemotherapy, radiation and surgery,

But Cercek said, “The most exciting part of this is that every single one of our patients has only needed immunotherapy. We haven’t radiated anybody, and we haven’t put anybody through surgery.”

She added, “They have preserved normal bowel function, bladder function, sexual function, fertility. Women have their uterus and ovaries.”

But in the Journal editorial, a cancer expert, Hanna K. Sanoff from the University of North Carolina, cautioned, “Whether the results of this small study conducted at Memorial Sloan Kettering Cancer Center will be generalisable to a broader population of patients with rectal cancer is also not known.”

“Despite these uncertainties,” she added, “Cercek and colleagues and their patients who agreed to forgo standard treatment for a promising but unknown future with immunotherapy have provided what may be an early glimpse of a revolutionary treatment shift.”