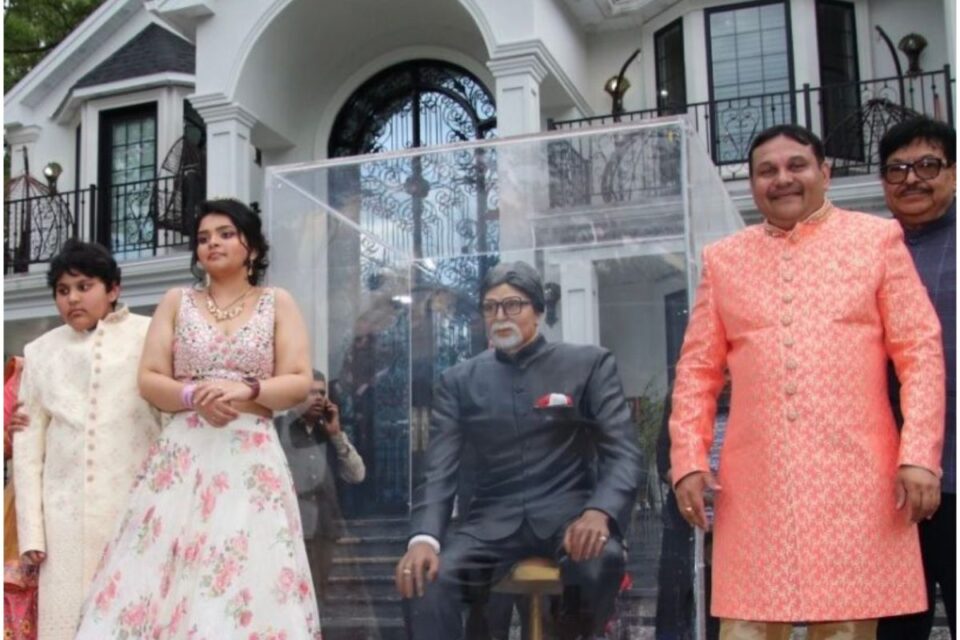 Washington, Aug 29 (IANS) An Indian American has installed a life-size statue of film star Amitabh Bachchan outside his home in New Jersey.

The statue is a glass enclosure and it was installed on Saturday amidst much celebration.

Gopi Sheth, the New Jersey resident, announced the installation in a tweet which noted that lots of Amitabh fans gathered for the inauguration ceremony.

Sheth also posted pictures of the statue, flanked by his family.

The statue was designed in Rajasthan and cost Sheth $75,000, according to reports.

Sheth is an internet security engineer and came to the US from Gujarat in the 1990s. He lives in Edison, a city that is home to lots of Indian Americans and had a thriving one-street market with only Indian cuisine restaurants and apparel stores.

Sheth is a huge Amitabh Bachchan fan and says the film star is “like God” to him. “The biggest thing that inspires me about him is not only his reel life, but also the real life a how he manages himself in public, how he conveys and communicates everything you know,” he said, according to a report.

“He is very down to earth. He takes care of his fans. He is not like so many other stars. This is why I thought I should have his status outside of my house.”