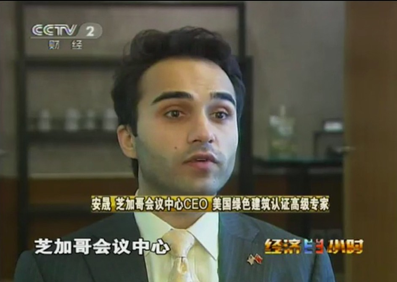 Washington, March 25 (IANS) An Indian-American businessman and two Chicago based organizations will pay $15 million to settle charges of raising $158 million dollars from close to 300 investors as part of an immigration scam.

The US Securities and Exchange Commission had charged Anshoo R. Sethi, A Chicago Convention Centre, LLC (ACCC) and Intercontinental Regional Centre Trust of Chicago, LLC (IRCTC) for their roles in the scam.

The US SEC had in Feb 2013 complaint accused them of targeting foreign nationals who sought to invest in the US economy and gain a legal pathway to citizenship through the EB-5 Immigrant Investor Program.

The final settlement entered by a US District Court last week provides for joint-and-several liability for over $11.5 million in disgorgement and prejudgment interest, subject to offsets for certain amounts refunded or credited to investors.

It also provides permanent injunctions against future violations of securities law and restrains defendants for twenty years from offering or selling securities issued by any of them or issued by any entity owned or controlled by Sethi, according to an SEC media release.

In April last year, the Court granted the Commission’s motion to return to investors the entire $147 million of principal that had been frozen pursuant to the SEC’s motions.

The agreed upon settlement resolves, among other things, the disposition of approximately $11 million in administrative fees paid by investors, which are the only funds remaining to be returned in order to make the investors whole, SEC said.