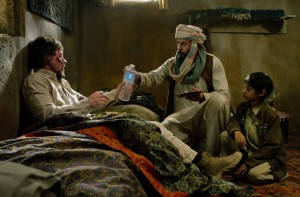 Rohan, who has acted in movies like “Jack & Jill” and “Bad Words”, is said to have an integral role in “Lone Survivor” that will hit Indian screens Feb 7.

His character and his onscreen father, played by actor Ali Suliman in the film, are the ones who save Wahlberg from the Afghan Army and nurse him back to health. The child actor, who started acting at the age of six, also speaks in Hindu and Urdu in the film, said a statement.