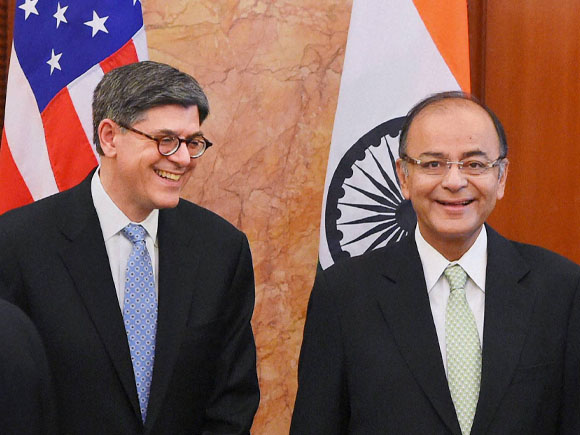 Washington, April 15 (IANS) As nations across the globe are in hot pursuit of tax evaders and terror financing, India and the US have agreed to step up their joint work in this area, while Washington has extended its support for India’s trillion-dollar infrastructure development needs.

“We are committed to continued collaboration and sharing of experience in tackling offshore tax evasion and avoidance, including joint tax audits and examination. We look forward to the competent authorities of the two countries engaging in bilateral dialogue to move forward,” the statement said.

“We have enhanced our cooperation in tackling money laundering and combating the financing of terrorism through increased information sharing and cooperation, including a dialogue held recently in India,” the statement said.

“We both agree on the importance of fighting illicit finance in all forms as an important means of tackling global terrorism.”

On these fronts, the two governments have already forged an inter-governmental pact to share financial information under the Foreign Account Tax Compliance Act that. This act requires the US non-residents to share information on their financial assets and revenues outside the country once a year.

The dialogue under the partnership pact was held even as an Oxfam report said on Thursday that as many as top 50 US companies, including the likes of Apple, Walmart, General Electric, Microsoft, Google and Coca-Cola, have a whopping $1.4 trillion stashed in offshore tax havens.

“We are working together to support India’s National Investment and Infrastructure Fund to increase financing options for India’s infrastructure growth. We look forward to continuing discussions in areas such as municipal finance under the future work of the Initiative,” said the statement.

“The next meeting of the Investment Initiative will be in the US later in 2016.”

The statement said effort will also continue under the US-India Investment Initiative of January 2015 for the two governments to work with the private sector on areas like policies and regulatory reforms, besides mobilising capital from domestic and foreign sources to build infrastructure and create jobs.

“We are encouraged with the developments that have taken place since the launch of the Economic and Financial Partnership and look forward to continued engagement in an effort to strengthen our relationship, our economies, and the global economy.”

Gold down sharply after dollar strengthens

US trade group lobbies for free entry of Indian techies