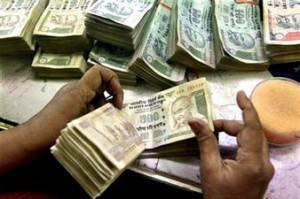 Washington, Dec 12 (IANS) India was the fifth largest exporter of illicit capital over a decade as crime, corruption, and tax evasion drained over $5.9 trillion from developing countries between 2002 and 2011, according to a new study.

In 2011 alone, such outflows drained $946.7 billion from the developing world, up more than 13.7 percent from 2010, when illicit financial outflows totalled $832.4 billion, said the Washington DC-based research and advocacy organisation.

It also marked a dramatic increase from 2002, when illicit outflows totalled just $270.3 billion.

“As the world economy sputters along in the wake of the global financial crisis, the illicit underworld is thriving-siphoning more and more money from developing countries each year,” said GFI president Raymond Baker.

“This study should serve as a wake-up call to world leaders: the time to act is now.”

“Over the past decade, illicit outflows from developing countries increased by 10.2 percent each year in real terms-significantly outpacing GDP growth,” he said.

“This underscores the urgency with which policymakers should address illicit financial flows.”

“Significant progress has been made on automatic exchange of tax information over the past year, with the G20 economies agreeing to exchange tax information between themselves by the end of 2015,” said Raymond Baker.

“That said, this study underscores how important it is to quickly extend automatic tax information exchange to non-G20 developing countries,” he added.