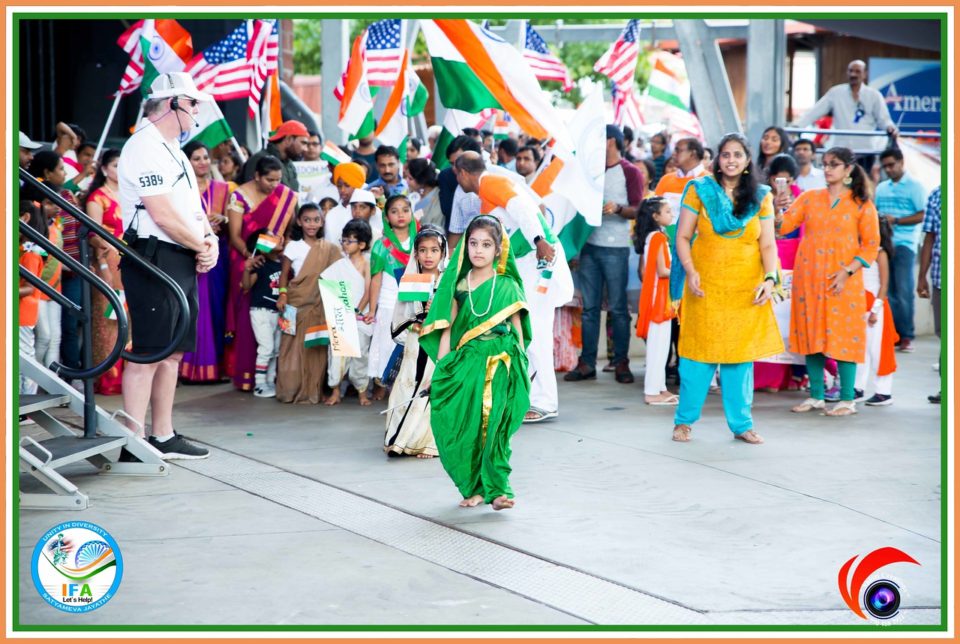 Atlanta, GA, October 10, 2019: The Indian Friends of Atlanta (IFA) has yet again brought the whole community together for the largest ever Freedom Mela 2019 in Atlanta to celebrate the 73rd Indian Independence Day. It was a well-organized event staged at the prestigious Amerisbank Amphitheater in Alpharetta, a suburb of the city of Atlanta. Year after year since 2014, IFA has built on the phenomenal success of the Freedom Mela and 2019 was no exception.

More than 8000 guests turned out to demonstrate their pride and support in celebrating India’s 73rd Independence Day.

Ameris Bank was setup with Indian and American flags to show the togetherness of two largest democracies in the World. Once in the venue, a 12ft India Gate replica welcomed guests, designed by Creative Customs by MK. The venue and the enormous stage were decorated and draped in tricolors of India and stars and stripes of USA. The stage decorations also featured an elegantly framed video wall and beautifully crafted banners for the main sponsors that blended well with the overall theme.

Following the parade, a cultural spectacular by over 600 participants exceeding 4 plus hours like never before, depicting the arts and culture of various states, was presented by several dance schools and community organizations. The day was packed with over 30 cultural performances from various dance academies and community organizations, presented in rich colors and in a very entertaining manner. Special performance by Shiv Institute of Dance was one of the program highlights. And, the music concert by Indian Idol 7 winner Revanth was the highlight of the event. Revanth entertained the audience by singing in different languages like Hindi, Telugu, Tamil, Punjabi. MCs for the event, Monty, Nikhitha Kokkirala, Rhea Nara engaged the audience with their clean presentations.

Human conscience is higher than any indoctrination: Dr. Rajat Mitra