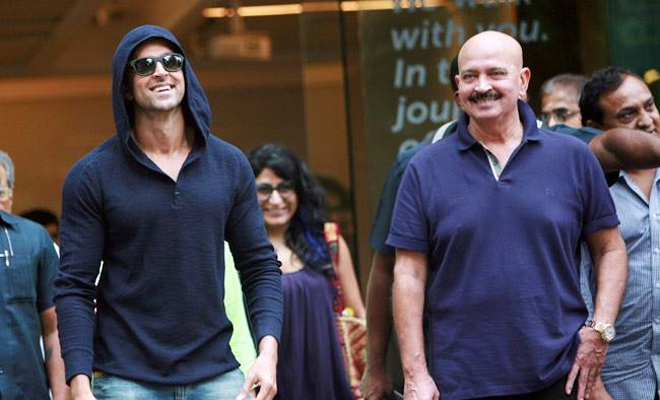 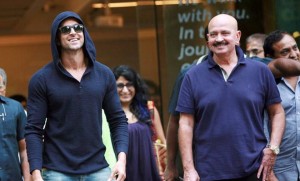 Mumbai, Jan 10 (IANS) As Hrithik Roshan turns 40 Friday, his father and filmmaker Rakesh Roshan says that he would never work with any other actor, unless he is making a women-centric drama like “Khoon Bhari Maang”.

Rakesh had launched his son with the blockbuster “Kaho Naa…Pyaar Hai”. Later they worked together in the “Krrish” series.

Getting emotional, he said: “He can work with outside directors. But I’d never work with any other actor, unless I am making an out-and-out heroine-oriented film like ‘Khoon Bhari Maang’. I might be tempted to make a film with a female protagonist, but only if Hrithik is too busy to work with me.”

“When I was an actor, I could feel a filmmaker lurking within me. But I was never satisfied as an actor. I had a big hit like ‘Kaamchor’. But that helped Jaya Prada’s career, not mine. I knew god wanted me to be a director,” he added.

Rakesh predicts that Hrithik too will direct a film some day.

“Now I feel Hrithik, who is such a successful actor, far more than I ever could be, has a filmmaker lurking within him. He will one hundred percent direct a film some day. Mark my words, he’ll be a very fine director. I am sure of that. He may not be a good producer, but he’ll be a terrific director,” he said.

Rakesh has enjoyed Hrithik’s films outside the family banner.

“I liked his performance immensely in ‘Jodhaa-Akbar’, ‘Agneepath’, ‘Guzaarish’ and specially ‘Zindagi Na Milegi Dobara’ in which he had to play a normal regular guy. That’s really difficult to do. He never let us feel a superstar was playing that role,” he said.

Recently, Hrithik announced that he and his wife Sussanne have parted ways after the latter decided to annul their marriage.

“My wife and I want Hrithik to be happy and at peace with himself, no matter what,” said Rakesh who looks forward to launching Hrithik’s sons – Hrehaan and Hridhaan – as heroes.

“Provided they want to be in films. I’d love to launch them. My blessings are with Hrithik. Whatever he does in life, my wife and I want him to never change. He’s kind, helpful generous. He deserves happiness,” he said.

With smoky eyes, thigh-high slit, Deepika styles up at Cannes