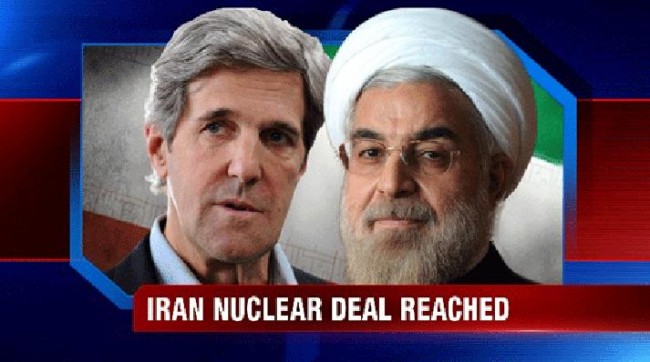 Washington, April 3: In what promises to be a good deal for India and other major importers of Iranian oil, six major world powers have reached a “historic understanding” with Tehran to prevent it from developing nuclear weapons.

“It is a good deal, a deal that meets our core objectives,” President Barack Obama said in a speech on Thursday from the White House Rose Garden shortly after diplomats reached the “framework for an agreement” after a marathon stretch of late-night negotiations in Lausanne, Switzerland.

“If fully implemented, this framework,” he said, “will cut off every pathway Iran could take to develop a nuclear weapon.” And “If Iran cheats, the world will know.”

As Iran did not “come to the table in a serious way”, Obama said the US had “rallied the world to impose the toughest sanctions in history, profoundly impacting Iran’s economy”.

“Sanctions couldn’t stop Iran’s nuclear programme on their own, but they helped bring Iran to the negotiating table,” he said.

“And after many months of tough and principled diplomacy, the United States — joined by the United Kingdom, France, Germany, Russia, China, and the European Union — achieved the framework for a deal,” Obama said.

In return for Iran’s actions, the international community has agreed to provide Iran with relief from US and international sanctions imposed by the UN Security Council, he said.

“This relief will be tied to the steps Iran takes to adhere to the deal. And if Iran violates the deal, sanctions can be snapped back into place,” Obama said.

According to a US factsheet issued after the talks, the outline deal also includes these conditions:

* Iran will reduce its installed centrifuges – used to enrich uranium – by two-thirds and reduce its stockpile of low-enriched uranium. The centrifuges that are no longer in use will be placed in storage, monitored by the International Atomic Energy Agency (IAEA).

* All of Iran’s nuclear facilities will be subject to regular IAEA inspections.

* Iran will redesign its heavy-water reactor in Arak so that it cannot produce weapons-grade plutonium.

India, which is Iran’s second-biggest buyer on an annual basis after China, has been gradually reducing its oil imports from Tehran under US pressure.

According to a media report, for the first time in a decade India did not import any oil from Iran in March.

Keith Johnson and Jamila Trindle, writing in Foreign Policy magazine, said the framework deal “opens the door to an eventual return of Iranian oil to the world market and offers a huge shot in the arm” for Iran’s beleaguered economy.

“But unwinding the web of overlapping financial and energy-related sanctions will take months after the deal’s full implementation — meaning it’s unlikely that a huge flood of extra Iranian oil will flow into the market this year,” they said.

The New York Times welcomed the “Promising Nuclear Deal With Iran”, as “a significant achievement that makes it more likely Iran will never be a nuclear threat”.

The deal with Iran is not quite done yet. Diplomats have to reach a final agreement by a June 30 deadline.

Obama also faces an uphill battle in selling the deal to the Republican-controlled Congress, which has threatened to impose new sanctions on Iran.

Arguing that Congress must review details of a deal before any sanctions are lifted, House Speaker John Boehner said he was planning to stand strong and press the administration with tough questions.

Reimagining diplomacy in the post-COVID world: An Indian perspective