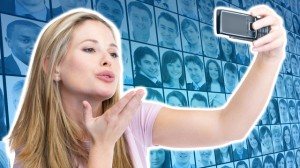 New York, July 15 (IANS) Do your friends think you have turned into a narcissist or less empathic towards others in recent times? Check your Facebook obsession.

According to a new study, some Facebook features like profile photo and status updates are linked with encouraging narcissism.

For women, both profile picture ratings and their status update frequency predicted their narcissism.

“The profile picture is the most tangible aspect of a user’s online self-presentation, making it a touchstone for narcissists seeking to draw attention to themselves,” Alloway added.

For the study, researchers investigated the relationship among adult Facebook users between ages 18 and 50.

They asked over 400 individuals a range of questions about their Facebook behaviours.

Participants in the study used Facebook an average of two hours per day and had approximately 500 friends for both males and females.

The study demonstrated that while men were more narcissistic, women were more likely to rate their profile pictures as more physically attractive, glamorous and cool.

Females also changed their profile picture more than the males, updating their photo once every two months compared to once every three months for males.

“This may mean that narcissistic women are more likely to use Facebook as a reflecting pool than narcissistic males,” the study noted.

The study was published in the journal Social Networking.

Congratulations to our Baby of the Week, Srinidhi Marthala