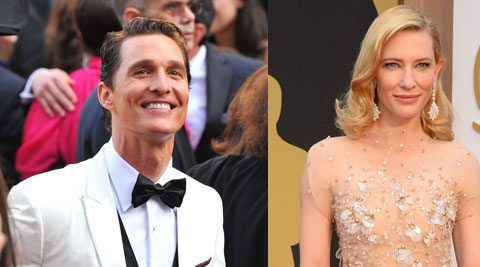 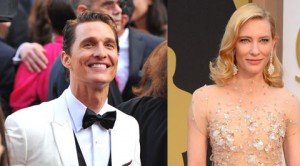 Los Angeles, March 3 (IANS) Space drama “Gravity” bagged awards in seven of the 10 categories it was nominated for at the 86th Academy Awards. It won the best director award for Alfonso Cuaron but best film title was clinched by real-life inspired “12 Years a Slave” here Sunday.

Based on the memoirs of Solomon Northup, a free black man from New York, who is abducted and sold into slavery, “12 Years a Slave” won best picture, best actress in a supporting role for Lupita Nyong’o, and best writing for adapted screenplay.

“Dallas Buyers Club” helped Mathew McConaughey win his first Oscar for his performance as an AIDS patient in the biopic. His co-star Jared Leto was honoured with an Oscar for best actor in a supporting role, while the film’s make-up and hairstyling team Adruitha Lee and Robin Mathews won an award too.

Cate Blanchett was thrilled to get the award for best actress in a leading role for “Blue Jasmine”, in which she essays a rich socialite whose life crumbles because of a broken marriage.

Surprisingly, crime-comedy drama “American Hustle”, which had got 10 nominations, failed to get a single award at the glittering event, which was hosted by comedian and chat show host Ellen DeGeneres and was held at the Dolby Theatre.

DeGeneres infused life into the show with her funny antics, but a standout moment was when she gathered stars like Meryl Streep, Channing Tatum, Bradley Cooper, Brad Pitt, Angelina Jolie and a few more for a rare group selfie.

The annual extravaganza, which recognises the best in Hollywood, also saw some entertaining performances by rock band U2, Pharrell Williams, and Pink, who paid a tribute to the 1939 musical fantasy film “The Wizard Of Oz” for its 75th anniversary.