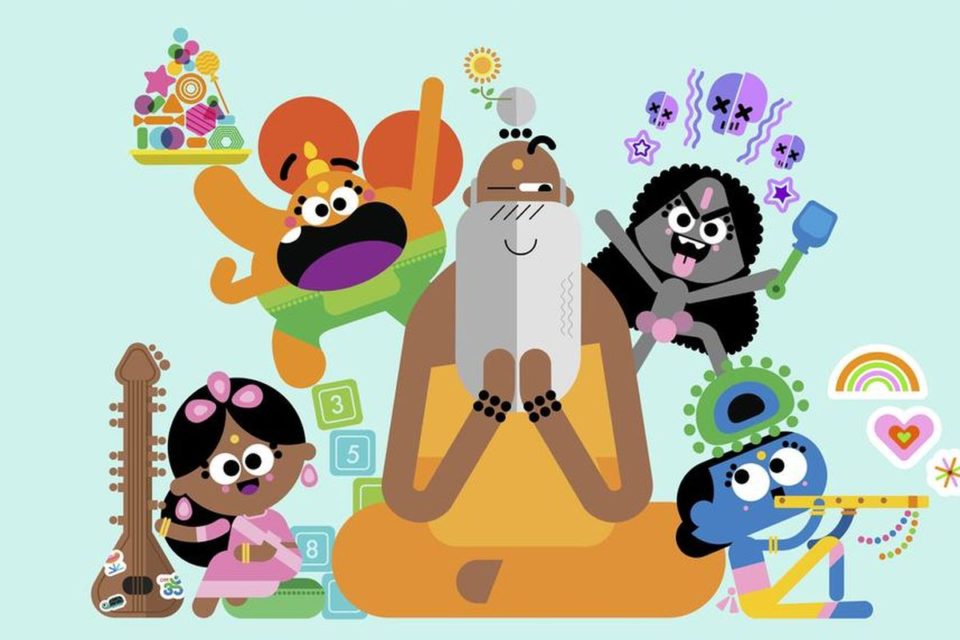 Atlanta, GA, October 9, 2019: Hindu deities are about to get their own series on Netflix. The streaming giant has greenlit a new animated series for preschoolers, Ghee Happy, from Academy Award-nominated director-animator-illustrator Sanjay Patel.

Ghee Happy is a playful reimagining of Hindu deities, says a press release issued by the streaming giant.

Patel is best known for his work on numerous Pixar films, such as Monsters Inc., Ratatouille, Cars, Toy Story 2 and The Incredibles 1 & 2. He directed the short animated film Sanjay’s Super Team, inspired by his own childhood, which was nominated for Best Animated Short Film at the 88th Academy Awards, and for Best Animated Short Subject at the 43rd Annie Awards.

“For the past 25 years I’ve been working in kids and family entertainment without having kids of my own. Having finally become a parent, I’m so excited and lucky to be able to create a preschool series that introduces the great pantheon of Hindu Deities, not just into a beautiful and colorful series that is truly entertaining and original to my kiddos, but to families around the world,” said Patel.

“Sanjay’s art is vibrant, magical, and – above all else – incredibly happy! He has introduced his culture to his own kids through this show and now – thanks to the power of Netflix – kids and families everywhere will get to share in these inspiring and accessible stories,” said Dominique Bazay, Director of Kids & Family at Netflix.

Ghee Happy joins a robust slate of Netflix original animated series from all over the world, including Rajiv Chilaka’s global phenomenon Mighty Little Bheem as well as upcoming titles including Dragons: Rescue Riders from DreamWorks Animation, Dino Girl Gauko from Akira Shigino, Kid Cosmic from Craig McCracken, Trash Truck from Max Keane, City of Ghosts from Elizabeth Ito, Centaurworld from Megan Nicole Dong, Maya and the Three from Jorge Gutierrez, Battle Kitty from Matt Layzell, and Mama K’s Team 4 from Malenga Mulendema. Netflix Animation is also developing a number of animated series with Chris Nee under her overall agreement with the studio.