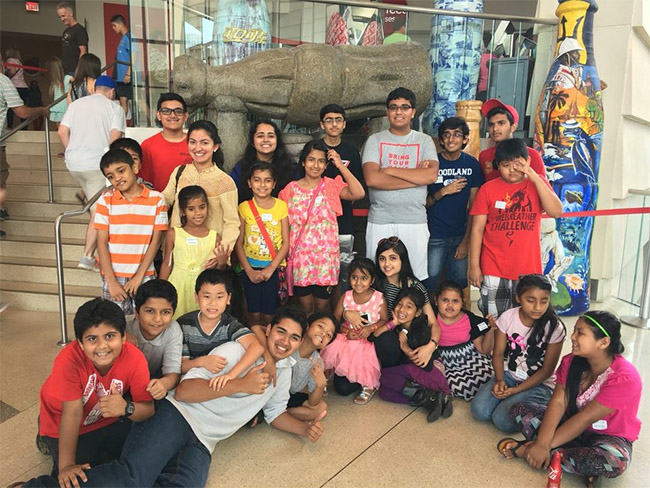 Atlanta, GA: The Get Inspired SEWA Program was held over the course of six weeks with almost ten weeks of planning from acquiring interns who reached out to the local Bhutanese students.  With the help of 15 interns and a team of long time SEWA volunteers, the Get Inspired Program this summer was more than just a success with four classes in three different locations.

“We continued our efforts from previous years by providing academic enrichment and/or remediation to the elementary and middle school students,” said a SEWA press release.  However, this year the SEWA team devised a new plan for high school students to not only tackle the increase in dropouts among the community but also better equip these students for success.  The high school curriculum focuses on SAT preparation facilitated by interns and basic computer programming (JavaScript, HTML, and CSS) taught by a local software professional, Vivek Srivastav.

Students were also encouraged to become leaders in their community through excellence in education, social skills, and culture.  The SEWA team also recognized the importance of sustaining culture in this community considering the circumstances they came from.

Students were provided opportunities to learn and bond through field trips, a cultural one to the local Swami Narayan temple and a more friendly one to the Coke factory.  These field trips were made possible by volunteers who drove and interns who coordinated the event.  Throughout the program, students improved at every subject and became more connected to each other, their culture and their goals.  Most importantly, the students were inspired to become better versions of themselves. 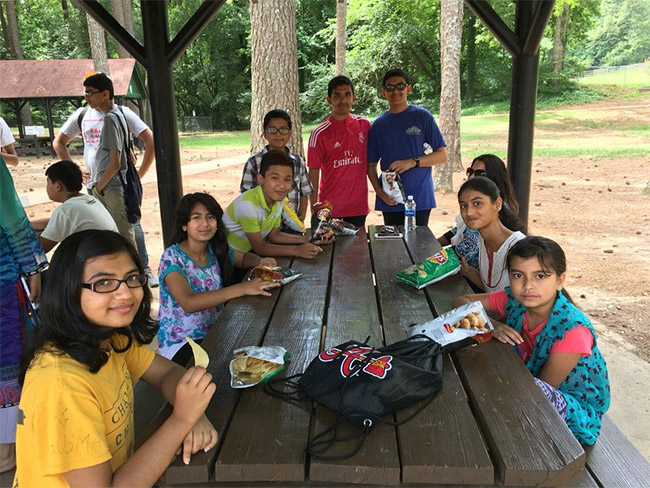 Four classes were held over the course of six weeks.  The three classes comprising of elementary and middle school students were held at Nepali mandir in the morning and at Clarkston Station and English Oaks in the afternoon.   Both classes met on Tuesday, Thursday, and Friday.  The Nepali mandir class was led by Aryan Gupta, Arjun Gupta, Naman Luthra, and Susma Timsina.  The Clarkston Station class was led by Kali Luthra, Sumaer Sahney, and Ayush Chokshi.  The English Oaks class was led by Anushka Shivaram and Prachi Khambhati.

The elementary students and the middle school students were taught subjects such as math, English, culture, science and games.  The morning class had a curriculum that was focused more on advancement while the evening classes was focused more on remediation.  The morning class had an hour of math, an hour of English, half an hour on culture and another half an hour spread out throughout the class in games that bring them together as a community.  They work on subjects ahead of their grade level, meanwhile the afternoon classes are taught subjects that they previously learned but did not master.  They receive help on more previously taught concepts.  These students spend about 40 minutes on math, English, and culture and another 10 minutes on games.

The students were taught by the interns, given homework and practice in every subject.  The culture was taught mostly through powerpoints and interactive games such as Jeopardy.  The high school students had worksheets every week on math, reading, and writing; the interns went over the answers after the students did them for homework.  Each day, the interns planned a different topic to teach and worksheets accordingly.  The computer classes followed the special curriculum crafted by Vivek Srivastav.

Fundraising was mostly carried out by the interns going door to door asking their families and relatives to donate to the program while making every donor aware of the condition of the Bhutanese community and their past.  A total of $535 was raised from the donations. Students and interns contributed approximately $120 voluntarily to the field trip. 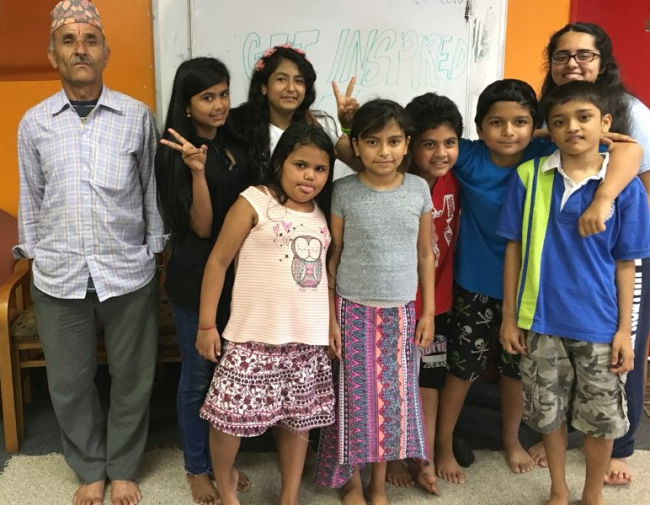