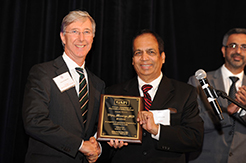 Just prior to the social hour at 5.00 p.m. there was a Board Meeting and followed by the well- attended medical education seminar consisting of CME and Non-CME segments:

The program was emceed with composure and humor by Soumil Patel.

Following her brief introduction by Dr. Indrakrishnan, the founder/artistic director of Laasya School of Dance and music in Atlanta, Sridevi Ranjit mesmerized the attendees with her enthralling & scintillating   performance of a Bharathanatyam Keerthanam titled “Jaya jaya Durge” .

Dr. Indrakrishnan then introduced his friend and the chief guest of the convention, Georgia House of Representative of Cumming, Geoff Duncan to the attendees. Dr. Indrakrishnan commended the exceptional work done by Rep.  Geoff Duncan on theGeorgiarural Healthcare Reform act which is now being recognized nationally as a model for rural healthcare reform. Geoff Duncan’s keynote speech to GAPI was centered onGeorgiabeing a national leader in healthcare reform by creating more access to healthcare through creative ideas.  In addition, he spoke extensively about looking for ways to better involve the community to solve the issues that surround poverty instead of looking for another government program.  Rep. Duncan concluded his remarks by thanking the GAPI members for the hard work they do in the community and also for the quality jobs they create all across Georgia. 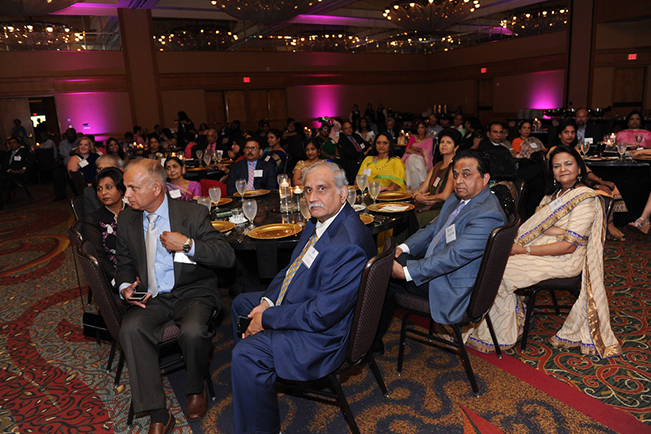 President of Medical Association of Georgia Dr. Steven M Walsh spoke about the new house bills 165 and 249 introduced in the Georgia Assembly earlier this year, which may change the way physicians will practice in GA in the future. He appreciated the physicians  who testified, called legislature, and kept relation with their local legislatures. He stressed that all physicians should become MAG members.

Dr. Sreeni Gangasani is currently Regional Director of AAPI South and got elected as member of Board of Trustees of AAPI from July 2016 for three years. He is in charge of the GAPI Free clinic at the Global Mall, Norcross and informed that the clinic, which opened in 2010 is now open twice a month, on 1st and 3rd Saturdays, between 1-4 pm. He recognized all the Clinic volunteers, especially Dr. Sujatha Reddy, Dr. Jay Sampath; Vidya Kanagaraj, the backbone of the clinic for their dedicated and caring services. He appealed to the audience to volunteer at least once in a year. GAPI also coordinated with Sai Health Fair held on April 1, at the Global Mall, Norcross. Dr.Sreeni requested the audience to attend the upcoming 2017 AAPI Convention in Atlantic City,New Jersey from June 21-25.

GAPI Clinic’s steadfast volunteer Dr. Jay Sampath exhorted the audience to step up to volunteering at the clinic.” What does it take to be a volunteer? It is conviction. It is enough even if you take turns to volunteer for just one day. But signing up and not showing up is unfair.”

Consul Srinivasan lauded GAPI for its outstanding services in the healthcare field and for helping the Consulate connect with the Indian-American community. Things are changing fast inIndiaand here in theUSand as your reach is much wider your feedback and connectivity are much appreciated. We on our part would be ever helpful to you.”

GAPI’s past President and AAPI President-Elect, Dr. Naresh Parikh requested the attendees to become AAPI members and also to attend the AAPI convention in Atlantic City, New Jersey, June 21-25,2017.He informed the attendees about the AAPI tour to North European countries in July 2018 and Global Healthcare summit in December 2018 in Pune, Goa and Mumbai. And to top it all,Atlantawill be again hosting grand AAPI Convention inAtlantain June 2019,after 13 years

GAPI’s past President  and Chair, GAPI Election Committee, Dr. Santanu Das congratulated the GAPI members who in the current year, have made their notable mark  in both State and National organizations- Dr.Indrakrishnan who has been appointed by GA Governor Nathan Deal on the GA Board for Physician Workforce; Dr.Dilip Patel, on his recognition as the ‘Psychiatrist of the year’ by GA Psychiatrist Physicians Association; Dr.Naresh Parikh, MD on his appointment as AAPI Vice President;Dr Sudhakar Jonnalagadda (AAPI Secretary).

GAPI President Dr.Vijay Maurya said that GAPI founded in 1987 now has 1200 plus members and over 400 life members and is second biggest Chapter of AAPI. GAPI has enrolled more members recently and will continue to encourage from young generation.GAPI clinic is running smoothly but more members ought to volunteer. The regional meetings were well attended. GAPI’s website is being revamped and updated. He concluded his remarks by congratulating Dr.Naresh Parikh and Dr. Sudhakar Jonnalagadda on their appointments as AAPI President-elect and Secretary respectively. 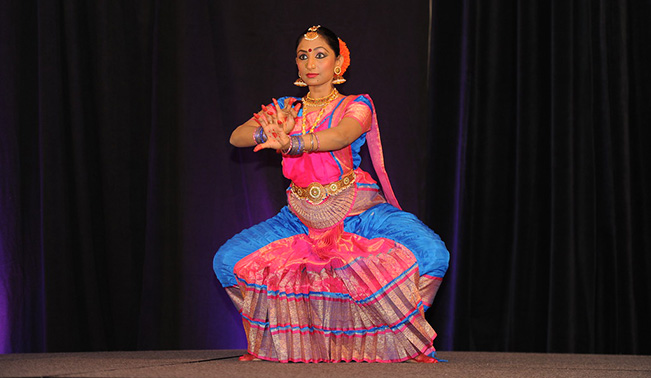 Rev. Nancy Yancey, the founder of Rainbow Village of Lawrenceville won GAPI’s Humanitarian award for 2017 on Dr. Indrakrishnan’s nomination & recommendation.  The Rainbow village has an educational and holistic approach to break the cycles of homelessness, poverty and domestic violence. Rainbow Village transforms the lives of homeless families with children by providing a stable community and services that instills initiative, self-development and accountability for future generations. Ms. Eleanor Morgan, a board member who accepted the award on behalf of Rev. Nancy Yancey stated that the Rainbow Village, over the past 26 years has transitioned more than 1000 parents and children to the community as productive members and thanked GAPI for the honor and appreciated Dr. Indrakrishnan’s nomination.

The incoming President Dr. Lolabhattu began his brief remarks by commending Dr. Maurya for his GAPI leadership. He also thanked young Soumil for deftly emceeing the evening’s program. Dr. Lolabhattu promised to do his best in helming GAPI.  “My goal will be to expand the membership base. We will continue our relationship with umbrella organization AAPI and our support to MAG. He reiterated Dr.Maurya’s assurance about the website and said the website will be more interactive, interesting and user-friendly. I look forward to your support and cooperation in making GAPI even stronger.” (GAPI donates to several Charitable organizations every year. Last year we gave $5000 to Lydia House in Augusta. And on behalf of GAPI, Dr.Dilip Patel, on 4th March 2017, gave a check for $10,000 to Mr. Sonny Watson, Chairman, Board of Trustees, Houston Healthcare System, inWarner Robins for providing free mammograms to the indigent patients.

During and after a scrumptious dinner, Dr.Amit Chakrabarty, Sadhna Malkani, and Vignesh Balasubramaniam of Gitanjali Musical Group’s Bollywood’s old and new high- octane chart-toppers soon had the attendees on the dance-floor!

The grand elegant décor, stunning lighting effects, music and sound system were by Fazal, photo and videography were provided by ByteGraph Creations.

After a scrumptious dinner, Bollywood chart-toppers soon had the attendees on the dance-floor!
The grand elegant décor, stunning lighting effects, music and sound system, photo and videography were provided by ByteGraph Creations Prashant Kollipara and team.