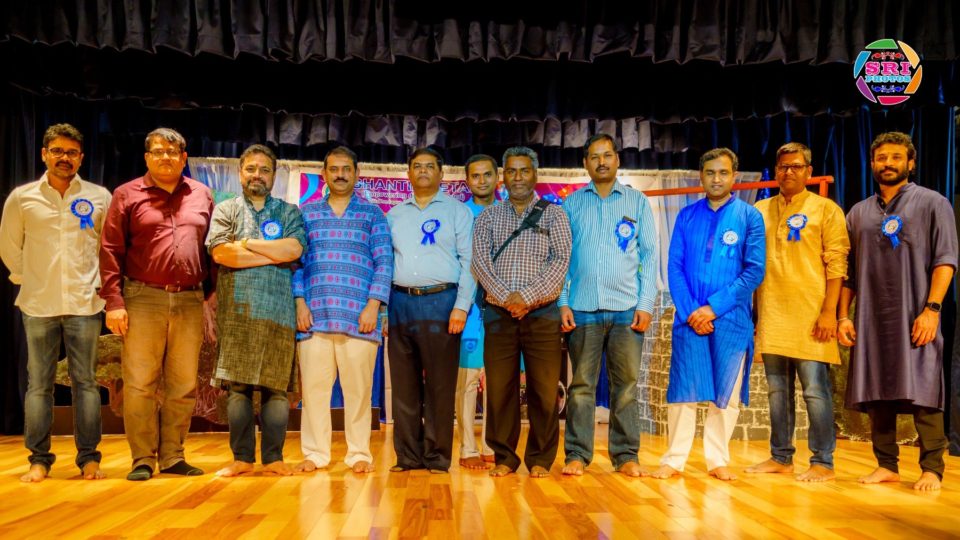 Atlanta, GA, June 6, 2019: Once the father of Indian nation, Mahatma Gandhi said, “If I have the belief that I can do it, I shall surely acquire the capacity to do it even if I may not have it at the beginning.” Similar comments were expressed by renowned citizens of Metro Atlanta, including Dr. Sreeni Gangasani, Narender Reddy, Kusuma Kotte, Dr.Vittal Kusuma and Viju Chiluveru, at the fundraising event organized by non-profit organization Shantiniketan Rehabilitation Center for Differently-abled Children held on Saturday, May 4, 2019, at the Hindu Temple of Atlanta (HTA), Georgia.

Several donors, volunteers, well-wishers gathered at the event to show their support for the center projects.

The overarching goal of Shantiniketan Center is to prepare the special needs children to enter into mainstream society with dignity and respect, potentially to seek equal opportunity. The school is co-founded and supported by several NRIs around the world. Ground-breaking for the school building was performed on June 14, 2016, and is nearly complete. The school will provide hostel facility for about 50 students coming from nearby villages. So far, Shantiniketan has been providing support and training to young children with cerebral palsy, hearing and speech impairment caused by autism, and various other debilitating conditions.

The fundraising event began with the lighting of the traditional lamp by HTA president Sheela Lingam, and several donors amidst chanting by a priest and Nadaswaram music. Several cultural programs were presented, including a classical dance by Akhila Ballari, Panchatantra story dance-drama by Nataraja Natyanjani Kuchipudi Academy, and classical songs by Ragam Talam Pallavi Music Academy. Beautiful classical dance from Niti Mirkhelkar, Nisha Mirkhelkar from KA Academy, violin instrumental music by KA Academy was a unique item and received much applause. Shantiniketan felicitated the directors of the classical dance schools, Neelima Gaddamanugu, Srivalli Sridhar, Gayatri Subramanian and C.V. Subramanian with shawls and bouquets.

Janardhan Pannela, the founder of Shantiniketan gave a video presentation and launched a song that was dedicated to the Shantiniketan Center. Pannela got emotional while speaking about the project and said he got the idea to incorporate this non-profit organization when he was 23 years old and he loves seeing the smile of the kids face. He quoted, “Every child born on this planet has an equal right for basic needs and education.” His dream is to see the children grow up and chase their dreams. Pannela’s wife Roopa is the backbone and great supporter of this project.

Diamond Sponsors of the project are Paramount Software Solutions, Rapid IT Goutham Goli and Jyothi, Girish and Ramesh Meka (in memory of their mother Lalitha Meka), and ASHRAY, Reddy CPA.

The event was followed by a traditional south Indian dinner (Pankti Bhojanalu). To learn more about Shantiniketan visit http://Shantiniketanadb.org/