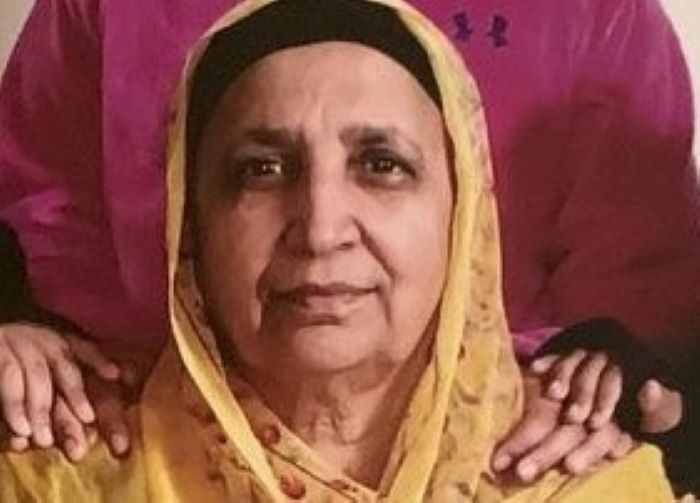 Cover photo: Amarjeet Kaur Johal, one of the victims.

New York, April 17 (IANS) Four Sikhs were among the eight people massacred at a FedEx facility in Indianapolis when a former employee stormed the complex in the latest of series of mass shootings in the US, according to the Sikh Coalition.

“We are sad to confirm that at least four of those killed in Thursday night’s attacks are members of the Indianapolis Sikh community,” the Coalition said on Friday.

Officials said that the gunman killed himself after murdering eight people and wounding at least seven, five of whom were hospitalized.

Three of the Sikhs killed were in their 60s and two were women, according to a list released by police late Friday night.

Police identified the alleged killer as Brandon Scott Hole, 19, and from a picture of him released by the Indianapolis Police Department, he appeared to be white.

He had come on the law enforcement radar previously but no action had been taken against him other than seizing a shotgun and returning it to him.

The head of the local office of the Federal Bureau of Investigation (FBI), Paul Keenan, said that “no Racially Motivated Violent Extremism (RMVE) ideology was identified” when he was investigated.

Indianapolis Police Deputy Chief Craig McCartt said that he could not yet ascribe a motive for the killings.

Sikh Coalition Executive Director Satjeet Kaur said: “While we don’t yet know the motive of the shooter, he targeted a facility known to be heavily populated by Sikh employees, and the attack is traumatic for our community as we continue to face senseless violence.”

Sikhs have for long been victims of bias attacks in US, often being mistaken for Muslims because of their turbans.

According to the FBI’s hate crime statistics for 2019, the latest available, there were 49 anti-Sikh attacks with 60 victims.

In the worst attack targeting Sikhs, a former serviceman described as a White supremacist killed seven people at a gurdwara in Oak Creek, Wisconsin, wounded four before killing himself in 2012.

“Enough is enough, our community has been through enough trauma,” said Komal Chohan, the grand-daughter of one of the victims of the Indianapolis massacre.

President Joe Biden ordered the national flag flown at half mast at all government facilities and US Embassies abroad to mourn the deaths.

McCartt told reporters that Hole began shooting people in the parking lot of the major US parcel and courier company facility killing four people, then entered the building and killed four others.

He then apparently committed suicide before police got there, McCartt said.

“There was no confrontation, no disturbance, he just randomly started shooting,” he said.

In a statement issued through the Sikh Coalition, Chohan said: “I am heartbroken to confirm that my ‘naniji’ (maternal grandmother), Amarjeet Kaur Johal, is among those killed in the senseless shooting.a

“I have several family members who work at the particular facility and are traumatized. My nani, my family, and our families should not feel unsafe at work, at their place of worship, or anywhere.”

WXIN-TV station quoted Parminder Singh, the uncle of one of the victims, as saying that his niece who worked at the facility near the airport phoned him shortly after the shooting and said that she was shot while in her car and was being taken to the hospital.

Sikh community member Maninder Singh Walia, who kept a long vigil at a nearby hotel with members of the families waiting for information about the status of those who worked at the FedEx facility, said: “These kinds of violent attacks are a threat to all of us. Our community has a long road of healing, physically, mentally, and spiritually, to recover from this tragedy.”

About the agency’s encounter with Hole, Keenan, said that he had been questioned after his mother had warned that he might try to commit suicide by provoking police to shoot him.

Hole’s step-sister told WXIN TV that he was “isolated” and “never got the help he needed”.

She told the station that there was a history of mental illness in the family and that their father had committed suicide in 2004.

The Indianapolis incident is the latest in a wave of mass shootings plaguing the US.

On March 16, a white man killed eight people, six of them Asian women, at three massage parlors in Atlanta.

That was followed by the killing of 10 people, including a police officer, by a Syrian immigrant in Boulder, Colorado, on March 22.

Four people were killed with the assailants, who were all non-white, committing suicide in each of these incidents that followed: On March 28 in Essex, Maryland; on March 31 in Orange, California, and on April 3 in Allen, Texas.

And on April 7, a former professional American football player who is not White, killed five people in Rock Hill, South Carolina.

“What a cruel wait and fate that has become too normal and happens every day somewhere in our nation,” Biden said and urged Congress to “enact commonsense gun violence prevention legislation, like universal background checks and a ban of weapons of war and high-capacity magazines”.

There are no national laws governing gun ownership and regulations vary by states, with some allowing even high calibre automatic weapons with checks on ownership.

Efforts to regulate gun ownership has been stymied mainly by the Republican Party backed by the powerful National Rifle Association, an organization of gun owners.

According to the Gun Violence Archive, 19,380 people were shot dead last year, an increase of more than 25 per cent over the previous year’s deaths.

Japan’s Prime Minister Yoshihide Suga, who is visiting the US said at the White House before a meeting with Biden: “I would like to express my condolences to the victims, and my sympathies to the families. Innocent citizens must not be exposed to any such violence.”