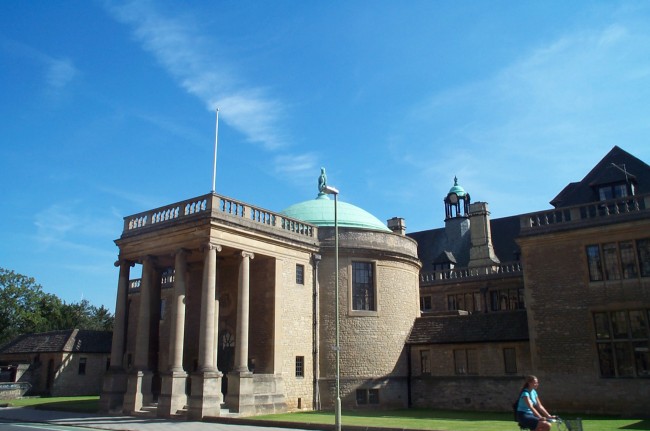 Considered the oldest and best known award for international study, Rhodes Scholarships provide all expenses for two or three years of study at the University of Oxford in England.

They were created in 1902 by the will of Cecil Rhodes, British philanthropist and African colonial pioneer. The first class of American Rhodes Scholars entered Oxford in 1904. The new batch will enter Oxford in October 2015.

A native of Chesterfield, Missouri, Anisha Gururaj is a senior majoring in chemical-biological engineering, according to MIT.

As a Rhodes Scholar, she plans to pursue two degrees from Oxford: an MSc in engineering science research, with a focus in bioengineering, and a master’s in public policy.

Ultimately, she hopes to build a career developing affordable biomedical devices for use in both the developed and the developing world.

For the past two years, Gururaj has conducted research at MIT’s Little Devices Lab, where she has worked on individualized medical devices that users can assemble themselves.

Sai P. Gourisankar is a senior at the University of Texas, where he will graduate in May with a BS in Chemical Engineering and a BA in Plan II Liberal Arts.

He also has a minor in German. He is a Goldwater Scholar with a 4.0 across multiple disciplines.

He has several publications relating to his work in nanotechnology, particularly relating to nanoclusters. He is also president of an organization that fosters discussion between the humanities and the sciences.

Maya Krishnan is a Stanford University senior majoring in Philosophy, with minors in Computer Science and Classics. Her book, “Modern Illuminations”, includes 10 essays on the relationship between the theory of knowledge and theology.

Daughter of a Hindu-Unitarian and a Jew, she also created and maintains an interactive online database correlating datasets around ancient Greece and Rome.

Her senior thesis is on the relationship between mathematics, meaning and history in Kant.

Abishek Kulshreshtha is a senior at Brown University where he majors in Physics.

Much of his work in theoretical physics has applications to the creation of a quantum computer that would make computations exponentially faster, and toward the goal of better understanding of biological processes.