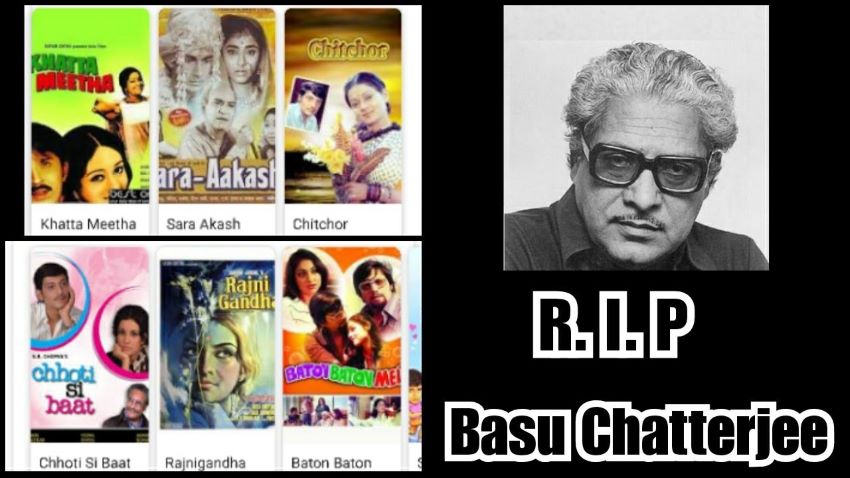 Mumbai, June 4 (IANS) Legendary filmmaker and screenplay writer Basu Chatterjee, who is remembered for “Rajnigandha” and “Chitchor” passed away in Mumbai on Thursday. He was 93 and the cause of his death is cited as age-related ailments.

His last rites will be performed at the Santacruz Crematorium at 2 p.m. on Thursday. Chatterjee’s demise was confirmed by filmmaker Ashoke Pandit, who is also the president of Indian Film and TV Directors Association.

“I am extremely grieved to inform you all the demise of Legendary Filmmaker Basu Chatterjeeji. It’s a great loss to the industry. Will miss you Sir. #RIPBasuChaterjee,” tweeted Pandit.

Chatterjee was a pioneer of the seventies middle-of-the-road cinema that was a precursor of what is known content-driven multiplex fare today. Along with Hrishikesh Mukherjee, he ushered the small-to medium-budget entertainer of the era that highlighted the everyday stories of common people.

In this genre of film was also born the realistic, guy-next-door-hero who stood as an alternative to the larger-than-life male protagonist of masala cinema of the era, typified best by Amol Palekar in films like “Chhoti Si Baat” (1975), “Chitchor” (1976), “Rajnigandha” (1974) and “BatonBaton Mein” (1979).

For Doordarshan, Chatterjee made hit TV serials like “Byomkesh Bakshi” and “Rajani” – the latter with  Actress Priya Tendulkar, who essayed the title role and attained a cult status – passed away few years ago.

His last directed film was “Gudgudee” in 1997, starring Anupam Kher and Pratibha Sinha.

Born in Ajmer, Rajasthan, on January10, 1927, he is survived by two daughters.

Indian-American praised for providing refuge to 70 protesters during curfew