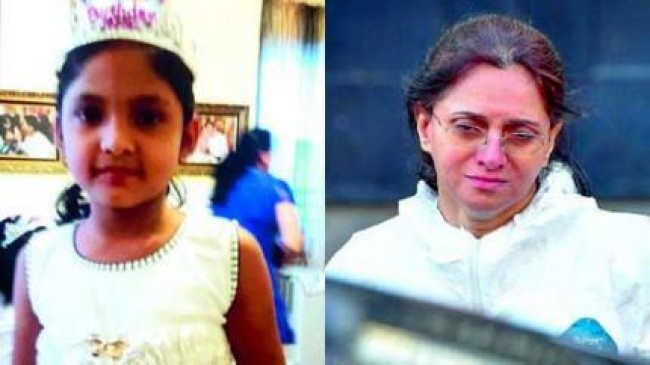 New York, Aug 22 (IANS) The killing of a nine-year-old Indian girl from Punjab by her stepmother took a sordid turn on Sunday when authorities arrested her ex-husband and accused him of helping her hide.

Raymond Narayan was accused of helping his ex-wife Shamdai Arjun Pardas leave her home after allegedly strangling her stepdaughter on Friday and trying to hide her in his house, Ron Brown, the top public prosecutor for the New York city district of Queens, said in a statement on Sunday.

Meanwhile, Pardas was produced in Queens Criminal Court on Sunday and formally charged before Judge Gerald Beibovitz with murdering Ashdeep Kaur, who had come from India to the US about three months ago to join her father.

“This is a horrifying case of a child, a defenceless nine-year-old, who was left in the care of her stepmother who allegedly strangled her to death,” Brown said. “Her actions, if true, are beyond comprehension and must be severely punished.”

This will keep her away from other prisoners as New York jails are notorious for brutal attacks by fellow inmates on those accused of heinous crimes, especially those involving children.

When authorities produced her in the court, she wore a white jump suit made of a tough plastic material, Tyvek.

Maltz said the 55-year-old Pardas denied killing the child and claimed there was no proof that she did it.

Michael Curtis, the assistant prosecutor, made chilling new revelations in the court. He said that on Tuesday Pardas had told Kaur’s father, Sukhjinder Singh, 35, that she would kill the child, the News reported.

She had “repeatedly and on numerous occasions threatened to kill the victim”, Curtis said. “On Friday, she made good on this threat.”

Curtis told the court that circumstantial evidence that Pardas killed the child is “overwhelming”, according to the News.

Brown gave the following account: Narayan, who is 65 years old, was seen by a witness leaving Singh’s house in Richmond Hill around 5.30 p.m. on Friday with Pardas and two of her two grandchildren.

When detectives went to Narayan’s house in South Ozone Park he kept them at bay for over an hour refusing to come out or letting them in, before relenting and coming out.

Narayan and Pardas were then arrested. He is charged with “obstructing governmental administration” and faces a year prison if convicted. Pardas faces 25 years to life in prison.

Pardas told a witness as they were leaving that Kaur was in the bathroom and waiting for her father to pick her up.

The witness called the child’s father and said that the light had been on in the bathroom since 11.30 a.m. Singh asked the witness to break open the door and the child was found dead in the bath tub.

This is the second recent incident involving step-mothers of Indian origin in New York city.

Last month 35-year-old Sheetal Ranot was convicted of slashing her 12-year-old step-daughter with a broken metal broom handle and cutting her left wrist to the bone, Brown said.

They locked her up in a room without food or water long periods of time and when she was found by authorities she weighed only about 26 kg.

Sheetal Ranot faces up to 25 years in prison. Rajesh is waiting for his trial. They were both arrested in 2014, but the first case came up for trial only last month.

Richmond Hill has a sizable population of people of Indian descent, while South Asians have a significant presence in the Ozone Park neighbourhoods.