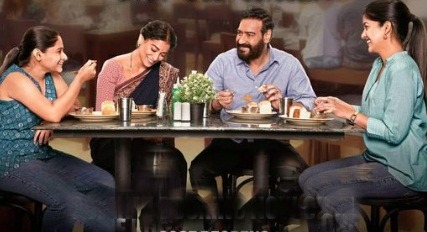 Mumbai, Nov 25 (IANS) Actors Ajay Devgn, Tabu and Akshaye Khanna-starrer ‘Drishyam 2’ have raked in over Rs. 100 crore at the box-office.

According to the statement issued by the makers read: “The second highest grosser and opener of the year has entered the 100 crore club in its first week and promises to further grow in its second week.”

Drishyam 2, helmed by Abhishek Pathak, has shattered many records since its release.

‘Drishyam’ is based on the 2021 Malayalam film of the same name, also serving as a sequel to the 2015 film Drishyam, which in turn was adapted from the eponymous 2013 Malayalam film.

Indian American CEO’s firm to develop tires for US Army