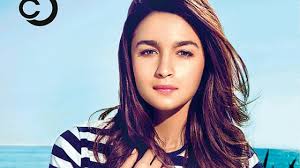 New Delhi, March 3 (IANS) Actress Alia Bhatt, whose father, veteran filmmaker Mahesh Bhatt received death threats over WhatsApp, says she had nothing to worry about and now everything is in control.
The Uttar Pradesh Police on Thursday arrested one person, who issued death threats to Mahesh Bhatt, his wife Soni Razdan and daughter Alia.
“Honestly, I would not like to talk about that much because now everything has been solved. Everything is in control,” Alia said at a press conference of her forthcoming film “Badrinath Ki Dulhaniya” here on Friday.
“The only thing I can say is that I am really thankful to the Uttar Pradesh Police and Mumbai police, and of course my father as I didn’t have anything to worry about from my side. I think nobody should get this (death threats). Not only celebrities, all human beings should not get these threats,” she added.
Mahesh Bhatt lodged a complaint at the Juhu police station in Mumbai about extortion-cum-death threat against himself, wife Soni and Alia from an “unknown person” on Wednesday night.
Later, Mumbai police’s Anti-Extortion Cell contacted the Uttar Pradesh Police Special Task Force (STF) which swung into action and zeroed in on the suspect — identified as Sandeep Sahu.
Mahesh Bhatt said the caller demanded Rs 50 lakh, failing which he would eliminate his wife and Alia.