Atlanta, GA, November 8, 2017: Dhoop Chaoon, an Atlanta-based Hindi theater group, performed during the 2nd Hindi Divas celebration at Gujarati Samaj on September 15. The event was organized by the Consulate General of India in Atlanta.

The stage took its grand opening with Bikash Kumar’s introduction, followed by the entrance of the two gorgeous emcees Nidhi Pipal and Akanksha Rajpal. They soon requested Consul D. V. Singh to come up on the stage and talk about the program. Sandhya Bhagat, the founder of the group talked about the mission and purpose of Dhoop Chaaon.

The emcees invited on stage Dr. Mridul Kirti, a specialist in Hindi language and literature. Dr. Kriti explained why Hindi is a language of the soul and the event’s purposes of glorifying the language for a better cause. Her enchanting speech captivated the audience and as soon as she finished her speech, the audience broke into appreciation. 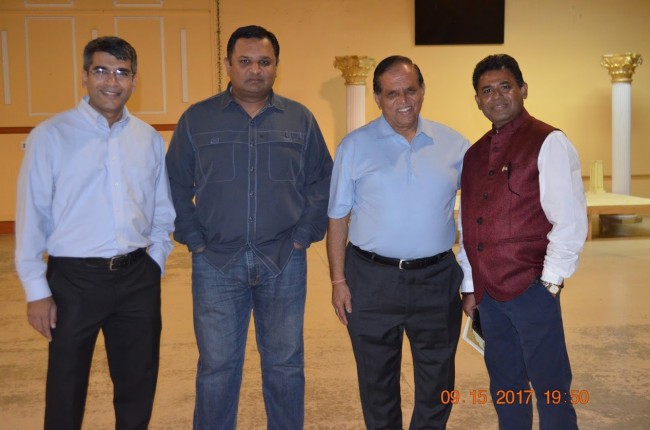 Tarana Malik and Isha Jain set the stage on fire with their Bollywood pop dance. Alok Sharma, a budding poet, recited a beautiful poem. By the time the stage prepared itself for the day’s main event- the play Baap Re Baap, originally written by K. P. Saxena and directed by Sandhya Saxena Bhagat. Vijay Tandon, Mohammad, Shree Vora, Sarfraz Khan, Moiez Hussain, Satish Dhramrajan, Shobha Shivam and Nidhi Mishra Vajpayee were the fabulous actors. The contradiction of two generations and their dilemmas, conflicts and ultimate reunion are portrayed significantly by the actors through rich dialogues, spectacular performances, stage setting and superb direction. While Anil Kanwal Bhagat and Aloke Sharma maintained the background music, Abhinav Deharia and Ekta jain were responsible for the stage setting.

Now the program came to its final stage with the award ceremony presented by Consul D. V. Singh and Sandhya Saxena Bhagat. 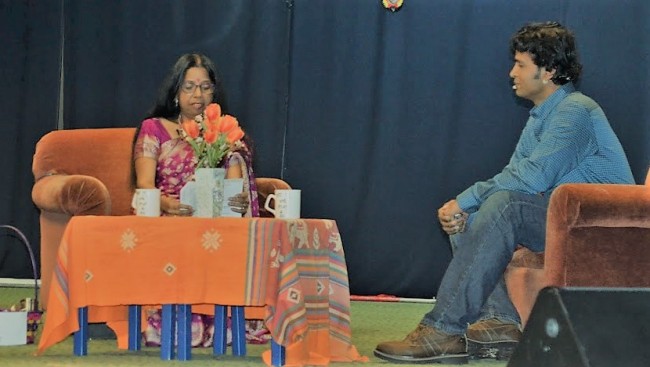 The organizers later thanked Anjali Chhabria from TV Asia for covering the event, Puneet Bhatnagar, Ekta Nirula Sethi and Tracy Marshall for still photography and Gujarati Samaj of Atlanta for providing the venue.