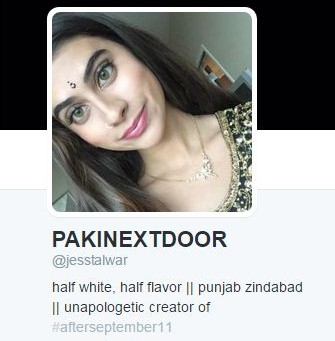 New York, Sep 12 (IANS) An Indian-American woman has created #AfterSeptember11 on Twitter to speak up against the racial attacks Indians have been facing in the US after the September 11 terror attacks.

The hashtag was created by Jessica Talwar, a 19-year-old political science student from Loyola University in Chicago who tweets as @jesstalwar, the Los Angeles Times reported on Friday.

The #AfterSeptember11 began trending since September 10 night — the day it was created — with over 50,000 victims telling their stories using it.

The victims said they were targeted for being Muslim – or often, just for having brown skin.

Many of the victims were children during the attacks on the Trade Towers but their tweets reflect the impact of the racial abuse on their young lives.

One said her father shaved his face and stopped wearing a turban after he was assaulted at work.

“America needs to recognise that the trauma and repercussions of these attacks were not confined to the day of September 11, 2001 itself,” Talwar wrote in an email to Los Angeles Times.

“Desis, Arabs, and Muslims have felt the impact of this day for 14 years,” she said.

Indian American poet Hari Kondabolu echoed Talwar’s views and wrote “his mother put the US flag on their house because she feared that people would throw rocks through the window”.

On September 8 night, an elderly Sikh-American man Inderjit Singh Mukker, was attacked in Chicago and was dubbed a “terrorist” and “bin Laden” by the attacker.

Soon after its creation, the detractors used the hashtag to flood hate messages. They used racial slurs and threatened to kill Muslims.

“It was as if there was some rigid dichotomy between American society and the South Asian, Muslim, and Arab communities,” Talwar was quoted as saying.

“This movement was not intended to belittle the tragic events of September 11 itself,” she said.

March For Our Lives: Students lead huge rallies for gun control across the US