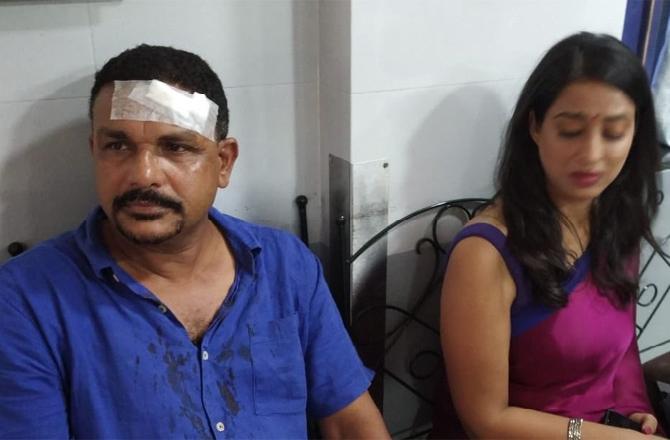 Mumbai, June 20 (IANS) The cast and crew members of a web series titled “Fixer” on Wednesday claimed they were attacked by a group of men.

The incident was narrated in a video shared on Twitter by actor-filmmaker Tigmanshu Dhulia, who features in the ALTBalaji series.

Actress Mahie Gill, producer Sakett Saawhney, director Soham Shah and other technicians can be seen in the video.

Dhulia told IANS: “Four to five drunk men walked in with sticks and started beating up crew members. At first I thought people are just having fun, but soon after a few seconds I realised that it was serious. I saw our cameraman bleeding, director on the ground… It was mayhem.”

The filmmaker conjectured the men were from a rival group who also control the area, though the production had proper permission and had paid the location fee.

I was there when it happened on the sets of fixer at Mira road drunk goons thrashed our unit Santosh thundiyal cameraman got six stitches. Pathetic pic.twitter.com/eWnJ55YXzv

The shoot was going on at a factory in Mira Road in Thane district.Saawhney said in the video: “We have valid permissions, and had paid the necessary fee to the location manager. We had been shooting since 7 a.m., and suddenly around 4-4:30 p.m., some four drunk people came with sticks and rods and they started beating our artistes and technicians.

“They said this was their location and without their permission we cannot shoot here. There was no scope for dialogue or discussion. They handled our women badly, they manhandled our artistes.”

He pointed out the director of photography had to get stitches on his forehead, while the show’s director suffered a shoulder dislocation.

Mahie said she escaped the attack as she ran and sat in a car.

“For the first time I have seen something like that,” she added.

The matter was not reported to the police.

Expressing shock at the incident, Dhulia told IANS: “This kind of act in Mumbai where we make films is unheard of. Shooting in Mumbai is troublesome, that is why I always move out of this city for my projects.”