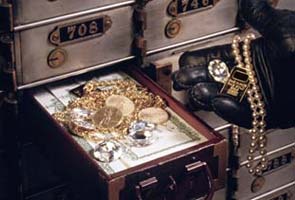 Washington, July 21 (IANS) After a burglary in an Indian American home in Texas, police fear that a crime ring that targeted people of Indian descent is back in action, the media reported on Tuesday.

On July 17, police reached a block in Wind Dance Circle in the city of Plano after a burglary alarm. The homeowners, both of Indian descent, were not at home then.

The burglars had entered through the back door and in full view of a surveillance camera perched just above the back patio, The Dallas Morning News quoted police as saying.

“These suspects might possibly be the Asian/Indian residential burglars that have hit in the past,” David Tilley, spokesperson for the Plano police, was quoted as saying.

According to Tilley, the group targets people of Asian, Indian and Middle Eastern descent due to their propensity to have high-quality, heirloom jewellery.

A Colombian crime ring was suspected of last year’s string of aggravated robbery in connection with several burglaries and home invasion robberies that had plagued Plano, Richardson and Frisco cities in Texas.

In each case, the victims were of Indian and Asian descent. In April, two Colombians were arrested and charged over the incidents.

“We want to get the word out early even though this is our first suspected incident,” Tilley said.

Tilley said the Irving Police Department reported a similar incident the weekend prior to the latest incident.

In that incident, the victim was also of Asian or Indian descent and the suspect vehicle description matched the Plano getaway car.