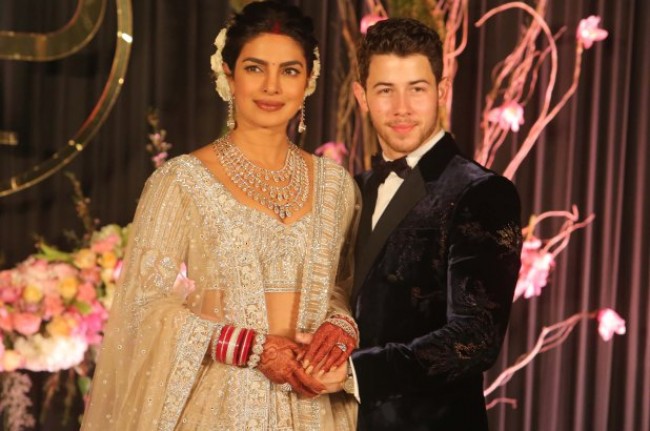 In The New York Mag’s TheCut article, the journalist called Priyanka, 36, a “global scam artist”, who tricked young Jonas, 26, into a lifelong commitment when all he really wanted was a fling.

“Priyanka: She is a modern-day scam artist, in my opinion. That’s right: Nicholas Jonas married into a fraudulent relationship against his will this past Saturday, December the 1st, and I’ll tell you why I think so…,” it read.

After the article got circulated on social media, it garnered huge flak from some of the members of Indian film fraternity.

“For a publication that ‘shows women what they are made of’, TheCut has a lot to answer for. The article on Priyanka was sexist, racist and disgusting. Also it’s written by a woman which is so sad. It reeks of envy and bitterness. Mariah, shame on you,” Sonam tweeted on Wednesday.

Swara also expressed her disappointment on the micro-blogging site.

“Depressed with the state of the world and current affairs? Here is some good old fashioned puerile filth published by TheCut to add some pointless venom to your day. Also someone invite Mariah to an Indian wedding, might assuage some of her misguided angst! Yellow Journalism,” tweeted the “Tanu Weds Manu” actress.

In the article, Smith also said: “Priyanka’s indulgences and what she views as necessities speak volumes to her personality and what she’ll do, or think she needs to do, for her career….”

Smith also slammed the couple, who got married in Jodhpur last week, saying they had their high profile wedding just to make money.

“Priyanka and Nick are finding ways for their ‘love’ make them money – circumventing the methods used by the celebrities of yore, who stuck to selling their wedding or baby photos to magazines,” the article added.

“What does the writer mean by saying that he is gotten married against his will to a fraudulent relationship? Does the writer not see in pictures that it was one of the most beautiful weddings ever?” added Nanda.

“To character assassinate a hardworking, driven, achiever like Priyanka Chopra in this warped, petty manner and for TheCut to publish such a low-brow piece is the lowest of the lows. ‘Priyanka’s plan to make this Nick Jonas opportunity her forever b***h?’ Sick,” Sona sighed.

Priyanka, a former Miss World, is one of the leading Bollywood actresses. The “Mary Kom” star is also popular in the US for her American TV show “Quantico”.