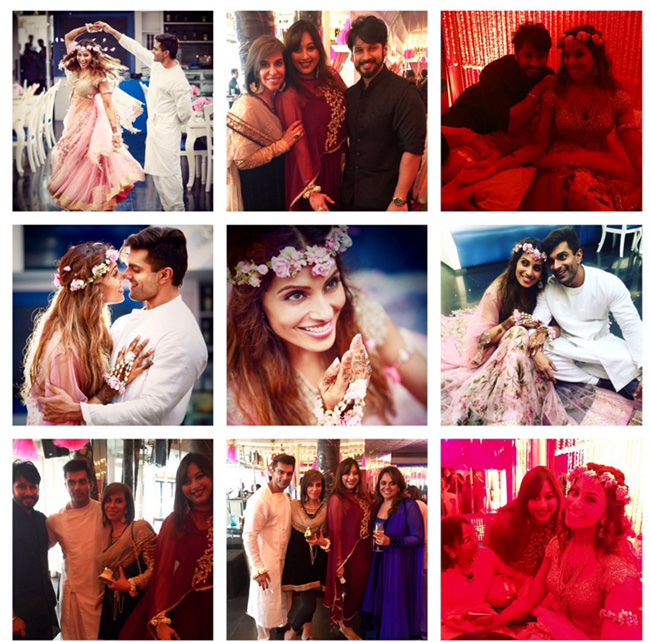 Mumbai, May 1 (IANS) It was a starry affair at Bipasha Basu and Karan Singh Grover’s wedding reception here, which saw the who’s who of tinsel town gracing the event. The reception was attended by Bollywood A-listers like Amitabh Bachchan, Shah Rukh Khan and Salman Khan.

Salman congratulated the couple and said that they looked “great together”.

“It’s a wonderful pairing, they both look great together. But the most important thing is this marriage should last and I hope for the best for this couple,” he said.

Karan, who tied the knot with Bipasha at a private ceremony here on Saturday, chose an ethnic look for the wedding, read a statement.

He accesorised his ensemble with a carved polki and jadau brooch strung with pearls and blue sapphires from the house of Jaipur Jewels, a renowned jewellery brand, whereas Bipasha donned a heavily embellished red and golden Sabyasachi lehenga teamed with kundan jewellery, nath bangles and mang patti.