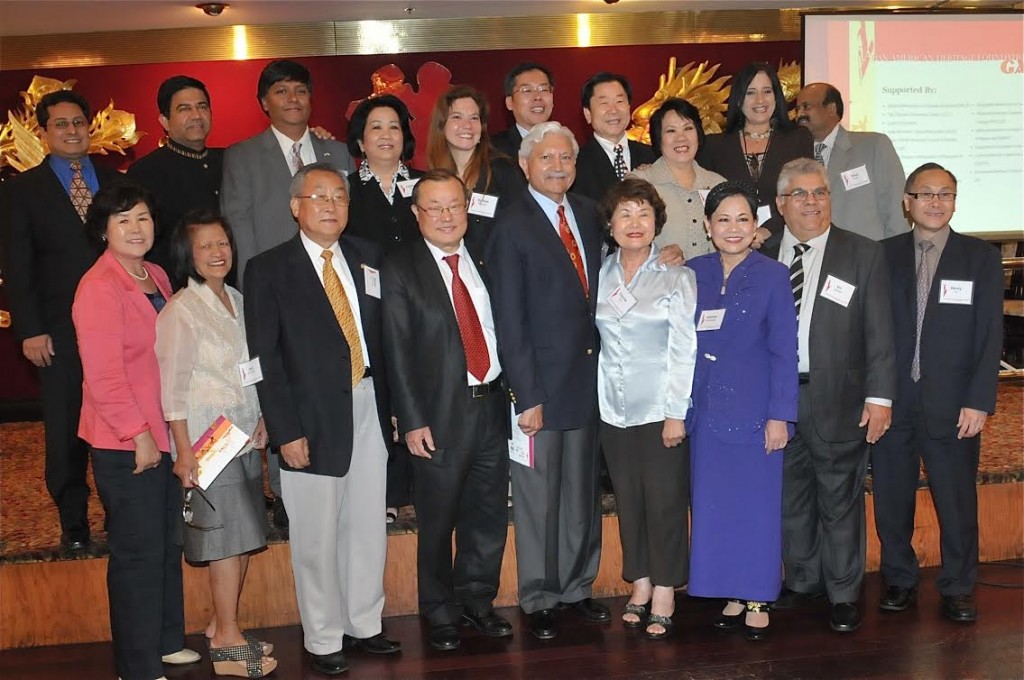 Atlanta, GA: Asian American Heritage Foundation (AAHF) is a non-profit organization that was founded in Georgia in year 2001 with a mission to promote the awareness of contributions of citizens of Asian and Pacific heritage in the United States. AAHF held its 13th annual Banquet on May 8th, 2014 which was attended by about 150 persons.  Keynote remarks were made by Kent Alexander, Chief of Staff, Nunn For Senate and distinguished guests included Colleen Nunn, Ambassador Ajit Kumar, Consul General of India, Dr. Yasukata Fukahori, Dy. Consul General of Japan and Myra Reeves, Manager, Diversity and Inclusion, Home Depot.

According to President of AAHF, Ani Agnihotri, the foundation has been diligently working to acknowledge achievements of citizens of Asian-American heritage who shape a positive future for all the Asian Americans and community at large and are moving forward to have an Asia Center. Asia Center will serve as Community place and center for managing services for the Asian Diaspora. In this year’s Gala Dinner & Fund Raiser progress was shared with foundation’s sponsors and friends.

How Asian-American mothers motivate their kids