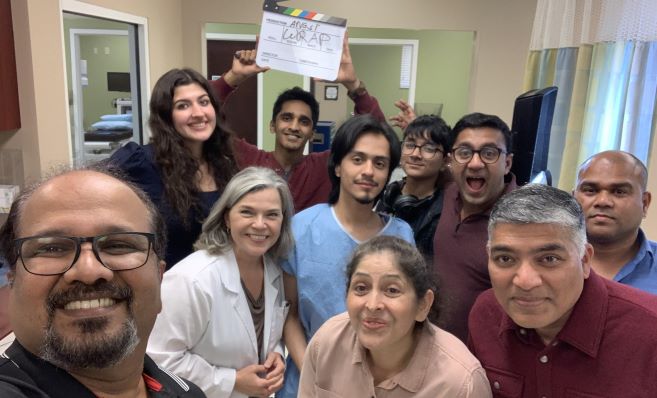 Atlanta, GA, September 14, 2022: AnGsT, an English language film directed by Georgia-based Shaji Kamalasanan and Yasim Kolathayil is all set to make its debut at film festivals.

The 50-minute-long movie highlights the sensitive topic of teenage depression.

“It’s a story inspired by a true event that happened in Texas a few years back in a South Asian family,” co-director Kamalasanan told NRI Pulse.

“South Asian families generally give high importance to education and push their kids to achieve more and stay on top of their competitors. This can be quite traumatic on the youngsters’ mental health and can have disastrous effects. Close family, friends and relatives add on to the  peer pressure.”

In the movie, the main character, Jay a teenager with an aptitude towards academics, is often bullied due to his speech impediment and eccentric social skills. With the mounting pressure of meeting expectations from his family, he gets diagnosed with depression. His family undermines the severity of his depression (as Asian households are known to), causing Jay’s mental health to decline even further. In fear of the growing isolation, Jay decides to rekindle his relationship with his family, no matter the cost.

The entire movie was filmed in Augusta, GA and is currently being submitted to various film festivals.

“As a director, my vision was to showcase the mental trauma that some youngsters go through and what part the parents and society play in it,” Kamalasanan, who has earlier worked as creative director and assistant director in a couple of movies said.

Kolathayil also has prior experience working on short films.

What motivated the duo to take on the subject of teenage depression?

“Teenage depression is something that people and parents fail to recognize. This issue has magnified since the onset of the pandemic. My co-director and I both have teenage and college going kids and we felt a responsibility to convey a strong message to the community and parents of teens,” Kamalasanan said.