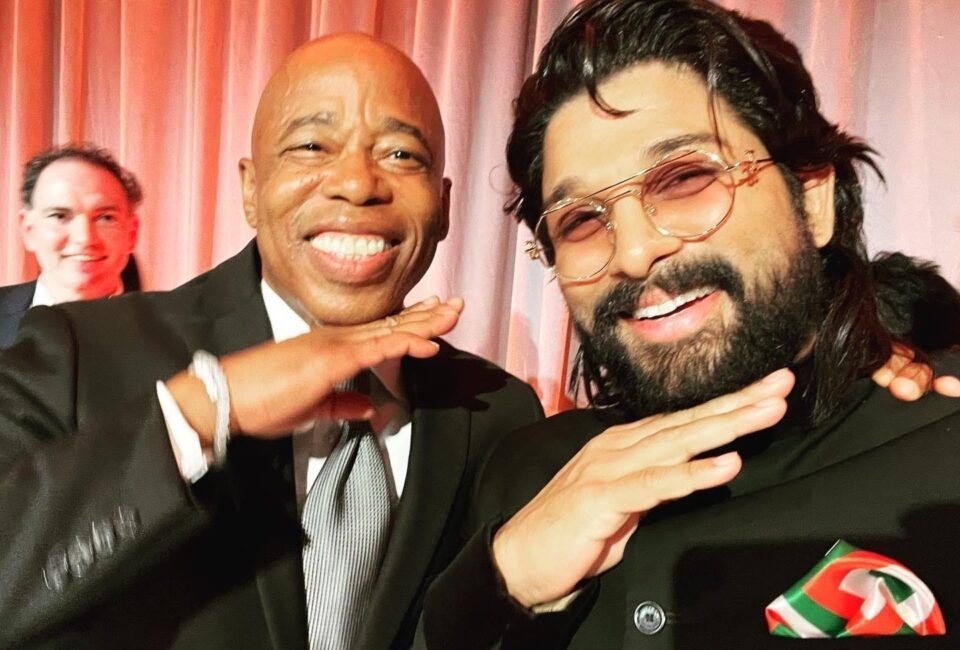 Chennai, Aug 22 (IANS) Telugu star Allu Arjun, who led the prestigious India Day Parade in New York as its Grand Marshal, has thanked the Mayor of New York City, Eric Adams, for having honored him.

Taking to Instagram, Allu Arjun wrote: “It was a pleasure meeting the Mayor of New York City. Very supportive gentleman. Thank You for the honour Mr Eric Adams. Thaggede Le!”

Allu Arjun also posted a series of pictures, including one that showed the mayor and the actor performing the landmark ‘Pushpa’ move.

New York witnessed a mammoth crowd of over five lakh people showering love on Allu Arjun as he graced the prestigious India Day parade as its Grand Marshal.

The certificate presented to the actor by the Mayor read: “Certificate of Recognition presented to Allu Arjun. On being recognised by the Federation of Indian Associations for serving as Grand Marshal of New York’s 10th Annual India Day Parade and for your contributions to the world of film and entertainment.

“Through your work as an actor and dancer, you have inspired and uplifted diverse people in the five boroughs, South Asia and beyond. I am proud to join in recognising your accomplishments as we celebrate our city’s large and vibrant Indian community.”