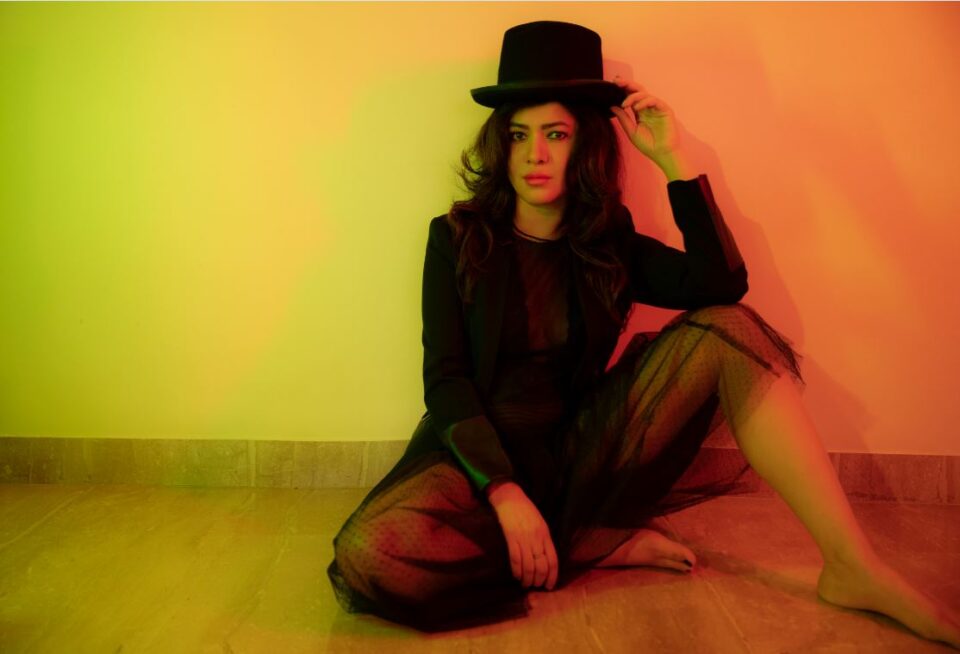 Sonal Sehgal was born in Chandigarh, Punjab and raised in Delhi. She started her career with a pivotal role in celebrated playwright Mahesh Dattani s play ‘Mad about money’. She moved to acting on the big screen after playing the lead character in the hit tv series ‘Hotel Kingston”. Sonal is best known for her work in ‘Aashayein’ (2010), Radio (2009) and Future to bright hai ji (2012). She is now back wearing multiple hats with her international movie, ‘Manny’.

You don’t have a film background, and yet you’ve managed to create a niche for yourself in the industry. How did you do that?
None of this was planned. I just followed my heart. When I was four or five years old, when other kids said they wanted to become a doctor or engineer or lawyer, I used to say I want to become Charlie Chaplin. I was obsessed with him. He was a writer, actor, director, producer!

I also loved reading novels. In school, I used to finish Nancy Drew and Hardy Boys books in one day. When I was 10, I used to fill up the last two blank pages of library books, continuing the story from my perspective. The librarian asked my dad: “Did you know your daughter is a writer?”

I ended up graduating with English Honors. I fell in love with the world of drama and literature. I started my career as a copywriter for an advertising agency in Delhi. While there, I got offers to model for TV commercials. Then the music videos happened. Subsequently, I got the offer for the serial ‘Saara Aakash’. And then the big break came in the form of Nagesh Kukunoor’s ‘Aashaayein’ opposite John Abraham.

What was your parents’ reaction when they realized you were heading for an acting career?
My parents have always been very supportive. They have always said: whatever you do, do it from your heart and give it your best. I guess they know me. If I don’t like something, I will quit. When I moved to Mumbai, they insisted that I live in a good area for safety reasons. I found digs in Pali Hill. I thought Mumbai is a cool city, until one day, my roommates (who were also models)and I got a circular from the building that “the characters of the girls in Apartment No. 32 is suspicious”. The very next week, ‘Saara Aakaash’ billboards went up around the city, our faces were on newspapers, and suddenly the aunties in our building became our best friends!

There is this misconception that a pretty face cannot be intelligent…
I used to always write scripts on the side. There was not much creative satisfaction in my acting career, so I decided to get a formal education in film making from the New York Film Academy. It was an eye-opener. Here you only meet people who are part of Bollywood and are influenced by it. In NY, I met people from all over the world. I was exposed to global cultures and different ways of approaching movies.

When I returned, ‘Mantostaan’ happened. I co-wrote Lihaaf” (“The Quilt”) with the director Rahat Kazmi. I was thrilled to enact an important part of literature. Lihaaf is a 1942 Urdu short story written by Ismat Chughtai for which she was charged with obscenity. Ismat had to defend herself in the Lahore Court. The script takes a look at the story and the consequences the writer had to face for writing it.

Let’s talk about your book, ‘The Day that Nothing Happened’. This book gave me goose bumps. What if there’s another you? This is something I’ve been thinking about.
The idea of parallel universe and astro-projection have been in my mind for years. Then came a phase in my life where I had no acting work. That’s when I started working on my sci-fi novel. I was halfway through my book, when I got a call from an aunt in London. A friend of hers, an astrophysicist, was going to be in Mumbai. Could I take him sightseeing? You know, I was worried about the themes of my book. I was writing about an astrophysicist, but I had never met one in my life. I was worried that people would see through it. So, the astrophysicist’s visit was god sent. I had a six-hour tuition with him on how the parallel universe might work. Then there was no stopping me. I saw it as a sign from the universe. When something is meant to be, the universe conspires for you.

You are like Priyanka Chopra, but not everyone knows it. From acting, to script writing to writing a novel to making a movie, ‘Manny’.
I admire Priyanka and take this as a huge compliment. The director of ‘Manny’, who is from Latvia, was in film school with me in New York. I absolutely loved her work. We think alike creatively. It was great collaborating with her. I wrote the script for Manny, a sci-fi, with a global cast. It is about an Indian protagonist (me) coming to visit Latvia. It has had great reception at festivals around the world. It should be out on OTT in a few months.

What is with you and film festivals?
I have been lucky that so many of my films have been screened at film festivals. ‘Manny’ has been to this huge festival in Italy, and I was so gutted that I could not go because of COVID. This movie was created out of passion and has been getting a lot of appreciation. It is heartwarming.

What is your favorite hat to wear?
All my hats are inter-connected. They fulfill me in different ways. While acting, you get to live other people’s lives. You leave yourself and all your problems behind when you show up on the set. There’s no better therapy, it’s a lovely form of escape. When I am not shooting, my escape is writing.