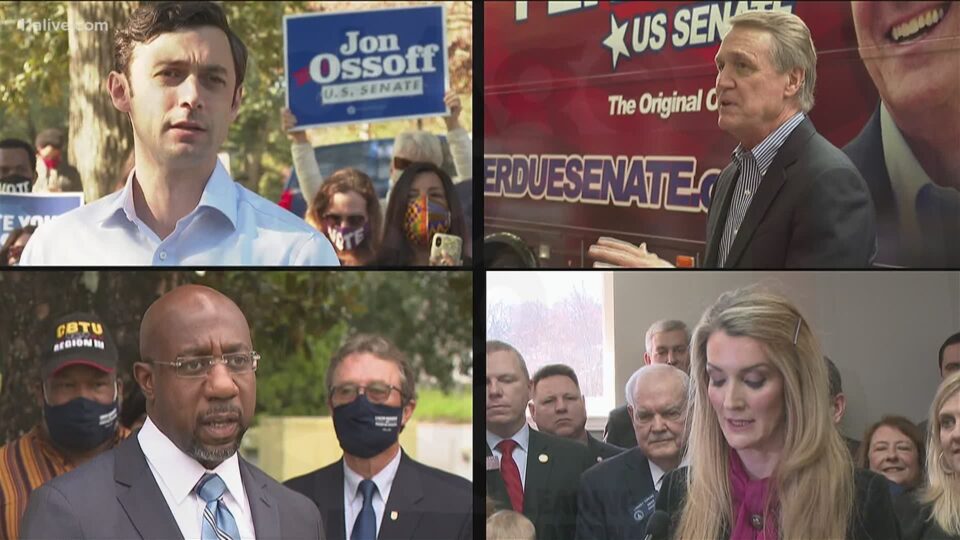 New York, Jan 4 (IANS) US President-elect Joe Biden and his deputy Kamala Harris meet an early 2021 political test as two of their Democratic party colleagues seek to win knife edge special elections in Georgia on January 5 which will decide Senate control in the incoming administration.

Two Senate races in Georgia are heading into ‘runoffs’ on January 5 because no candidate reached the 50 per cent mark needed to win multi-candidate races on election night last year.

Republicans, who are already at the 50 seat mark in the 100 member Senate, need to win only one of those two Georgia seats to maintain Senate control and have the power to block Biden’s legislative agenda.

Both Georgia Democrats Jon Ossoff and Raphael Warnock must pull off victories on Tuesday to split Senate control 50-50 between Republicans and Democrats. If that’s the way it turns out, Vice President-elect Harris, in her role as Senate President, becomes the tiebreaker. Democrats control the House of Representatives but with a tenuous 222-211 margin of power.

The stakes are high enough that Biden and Trump both held rallies over the weekend in Georgia. Harris stumped on Sunday. Sandwiched between dates when the US presidential election results are officially certified and Inauguration Day on January 20, the Georgia runoffs are an early defining moment for the Democratic party and the sway of the Biden-Harris brand.

Both Biden and Harris have campaigned hard in the state and raised millions in the quest to flip the Senate. RealClearPolitics poll of polls shows both the runoffs are up for grabs. Razor thin leads for Democrats fall well within the margin of error.

Biden won the state of Georgia after a 28 year drought for the Democrats here. He beat Trump by about 12,000 votes out of a total of 5 million cast in Georgia. Biden, a Washington long hauler who has pitched his candidacy for president on building consensus, would have an easier path to governing with a Democratic Senate. It would smooth some of the wrinkles in the nomination process for key Cabinet posts and give his party control of crucial committees.

The Georgia polls are set to close at 7 p.m. EST on January 5, after which counting begins. Military and overseas ballots postmarked by Tuesday and received by Friday will be counted. Just like it happened in the November 2020 election, it is entirely possible that Americans will turn in on January 5 without knowing who won Georgia.

Warnock, a senior pastor at Ebenezer Baptist Church — a position once held by Martin Luther King, Jr — has never before run for political office. He is up against Republican incumbent Kelly Loeffler. Last November, Loeffler and Warnock ended up getting 1.3 and 1.6 million votes respectively in a 20 candidate field. Perdue got about 88,000 more votes than Ossoff in the general election, but did not top the 50 per cent threshold, which is required to win.

More than 3 million Georgians have voted early, setting a runoff turnout record. The 3,001,017 early votes amount to just short of 39 per cent of all registered voters in the state, according to the US Elections Project.

Indian web shows to watch out for in 2021