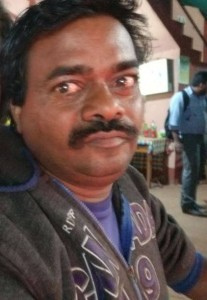 Panaji, Jan 31 (IANS) Within hours of a complaint by a US woman tourist on social media about her alleged molestation while riding a bike during a holiday in Goa on Republic Day eve, suspect Isidore Fernandes, 44, was arrested by Goa police.

Police Inspector C.L. Patil said Fernandes, a resident of Anjuna, was arrested and handed over to neighbouring Pernem police, in whose jurisdiction the alleged crime occurred.

Superintendent of Police (North Goa) Chandan Choudhury on late Tuesday told reporters that Fernandes had been booked under Sections 354 (use of assault, criminal force against a woman) and 354-A (sexual harassment) of the Indian Penal Code.

The New York-based tourist in her Facebook post uploaded late Monday night had narrated her harrowing experience during the Republic Day weekend, when she hired Fernandes’ motorcycle-taxi for a ride from Arpora village in North Goa to Morjim beach village, nearly 40 km from Panaji.

“He picked me post-dinner, and when we were making our way back to my hotel in Morjim he started misbehaving. He asked me if I will kiss him and obviously I said no. I tried to keep it light and suggested he ‘keep it professional’.

“I noticed he kept taking turns into lanes that weren’t on our route and kept saying that these were shortcuts. But it had already been 40 minutes on his bike,” the woman said in her post.

“As we drove along, he forced my hands… further down over his pants. And then he said he needed to pull over.”

She alleged that Fernandes stopped the bike and tried to get close. She said at this point, she got off the bike, threw a Rs 500 note at him and ran down the street. “Thankfully, I got to a busy main road and he lost me.”