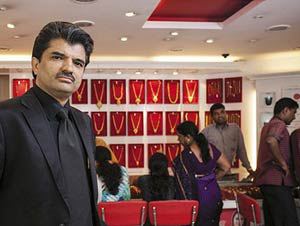 Among Indian companies, state-run Indian Oil Corp (IOC) is ranked highest at 161st with revenues of $54.7 billion, although the other public sector firm Oil and Natural Gas Corp has moved out of the rankings for 2016.

ONGC has been been replaced by gems and jewellery firm Rajesh Exports, which makes its Fortune 500 debut this year at 423rd position.

Of the state-run firms, IOC is followed by State Bank of India (SBI), Bharat Petroleum and Hindustan Petroleum.

Mukesh Ambani-led Reliance Industries Ltd (RIL) is the highest ranked, though it has slipped down to 215th position, from 158 last year.

Tata Motors follows at number 226, up from 254th last year, with new entrant Rajesh Exports bringing up the rear.

Bharat Petroleum fell from 280th to 358th this year, while Hindustan Petroleum is at 367th, compared to its 327th place last year.

The overall list was topped by retail giant Walmart with revenue of $482,130 million.